The self-adhesive materials specialist once again raised money for charity through a grueling sports challenge. 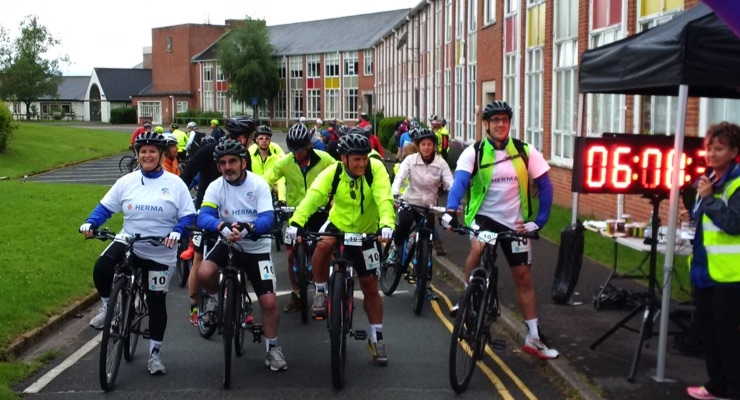 Herma UK, a subsidiary of the Germany-based self-adhesive materials specialist Herma, has once again raised a substantial amount of money for charity through yet another sports challenge. After a team of Herma UK employees competed in the “Race the Sun Challenge” in recent years, two teams of four entered the physically challenging competition again this summer: the Herma Legends and the Herma Leg Ends.

Like last year, the competition was held in the Welsh Brecon Beacons national park – an area also used during the demanding selection process for future British elite soldiers. The participants not only cycled a total of 54 miles, but also climbed Pen y Fan – the highest summit in South Wales at 2,907 ft – and canoed 3 km across Pontsticill Reservoir. True to the name of the event, the total distance had to be covered between sunrise and sunset – the teams were therefore racing the sun. A total of 103 teams, 45 of them mixed, participated and raised more than £200,000 for Action Medical Research for Children, an organization that funds medical research into diseases that affect children and teenagers.

The Herma team raised £5,500 towards charitable causes in advance, which will be shared between the Namuwongo Children’s Charity and Breast Cancer Care & Cancer Research.

With a time of eight hours and 47 minutes, the Herma Legends team finished at an impressive 3rd place in the mixed category. Competing for the first time, the Herma Leg Ends team crossed the finish line after twelve hours and six minutes. “This is an excellent result. All participants came home safe and sound, even though the weather changed suddenly – we experienced wind, rain, storm, and sunny skies in quick succession," says Herma UK director Colin Phillips. “I am very proud of both teams and their performance in this tough competition in the Welsh mountains.”

In 2013, in the name of charity, Phillps led a team of cyclists from Herma UK headquarters to the steps of Labelexpo Europe in Brussels.