The LED-UV series has been recognized for excellent clarity in the inspection of inks and coatings.

Unilux, a designer and manufacturer of strobe lights for inspection, has received the 2017 Sapphire Specialty Design Award for its LED-UV strobes, which are used to inspect optical brighteners in the printing of banknotes and secure documents, as well as coating and cold seal applications in flexible packaging.

"We are thrilled to have our work on LED-UV strobes recognized by such a prominent organization in the LED industry," says Matt Runo, VP of engineering for Unilux. "This award further supports the company's significant investment in R&D to continuously improve inspection capabilities for our customers."

By using LEDs in place of a combined xenon light source and filter, Unilux eliminates the filter penalty. The penalty was the result of using the filter to remove visible wavelengths of light, thereby reducing the strobe light's overall efficiency. Using LEDs increases the amount of power used to generate light in the UV spectrum, thereby making these strobe both more powerful and more efficient than their xenon strobe counterparts.

"The brighter light lets inspectors see details in the UV portion under ambient lighting conditions," explains Mike Simonis, president, Unilux. "That's something they couldn't do before LEDs."
Related Searches
Suggested For You 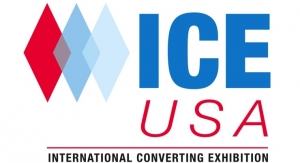 ICE USA under way in Orlando