The company has pledged that all its packaging will be recyclable by 2025. 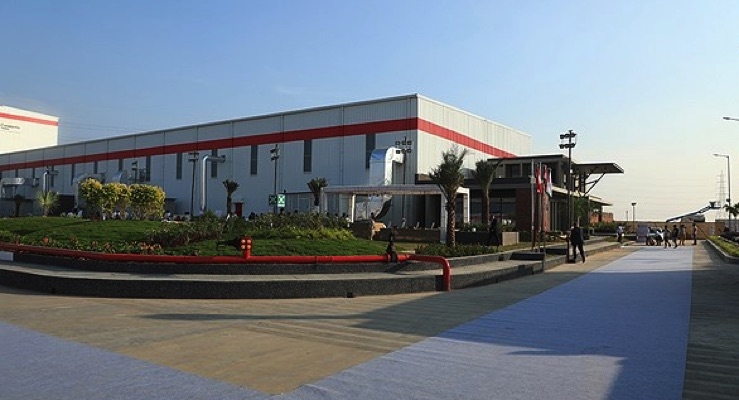 This year, Constantia Flexibles has been selected as one of 50 global companies to take part in an international sustainability and climate initiative, initiated by the TBD media group.

This initiative includes videos of and promotes companies that are pioneers in the field of sustainability, and it is hosted by Bloomberg’s digital network.

More sustainability along the entire production supply chain always has been a priority for Constantia Flexibles. The presentation of the sustainable product line EcoLam in 2019, the opening of Ecoflex, the first plant in the world producing recyclable flexible packaging only, as well as the ambitious target to nearly halve greenhouse gas emissions by 2050, are just some examples of the company’s endeavors in the field of sustainability.

Globally and across all industries, climate change and sustainability have grown in significance. The importance of action was also recently communicated by UN Secretary-General Antonio Guterres: “The natural environment is deteriorating at an alarming rate: sea levels are rising; ocean acidification is accelerating; the last four years have been the warmest on record; one million plant and animal species are at risk of extinction, and land degradation continues unchecked.”

Constantia Flexibles is taking these developments seriously. Alexander Baumgartner, CEO of Constantia Flexibles, says, “We as human beings and even more so as companies, have a duty to fulfill, which is to leave the planet at least in the same shape and state it was when we came for the next generations. Our participation in the initiative 50 Sustainability and Climate Leaders is a further measure for us to fulfill this duty. In the video we are demonstrating how companies worldwide can also make their contribution.”

Being part of the 50 Sustainability & Climate Leaders campaign is an integral part of the company’s sustainability strategy focusing on the long-term. With the reach of Bloomberg’s digital network and the close collaboration of the United Nations in the campaign, the company wants to prove what is possible. Taking part in an exclusive conference hosted by the UN – planned to take place in September 2020 in New York – Constantia Flexibles will engage with the other campaign participants to showcase its strive for a more sustainable future. And the list of Constantia Flexibles’ activities for a better future is extensive.

Measures to reach the target include increasing the share of purchased electricity coming from renewable resources, energy optimization, as well as decreasing indirect emissions deriving from the value chain such as from purchased raw materials. A decrease of 10% had already been achieved until 2018.

The greenhouse gas emission reduction target was also officially approved by the Science Based Targets Initiative. Targets adopted by companies to reduce greenhouse gas emissions are considered “science-based” if they are in line with the level of decarbonization required to keep the global temperature increase below two degrees Celsius compared to pre-industrial temperatures.

“Setting this ambitious target in line with climate science demonstrates our dedication to play our part in international efforts to limit global temperature rise and take action to combat climate change," says Baumgartner.

As a signatory of the New Plastics Economy “Global Commitment," Constantia Flexibles pledged that all of its packaging will be recyclable by 2025. Today, the company stands at 60% recyclable packaging.

One solution to reach 100% is Constantia Flexibles’ packaging product line, EcoLam. EcoLam is lightweight, and its OPE/PE structure is fully recyclable since it is a mono-material. Of course, it also provides all the oxygen and moisture barrier in order to protect goods. The sustainable product is produced at the Constantia Ecoflex Ahmedabad plant, in Gujarat, India, which is the first plant in the world producing only recyclable flexible packaging.

Furthermore, Constantia Flexibles is a founding member of CEFLEX (A Circular Economy for Flexible Packaging), a collaborative project of a European consortium of companies with the vision of an established collection, sorting and reprocessing economy developed for post-consumer flexible packaging across Europe.