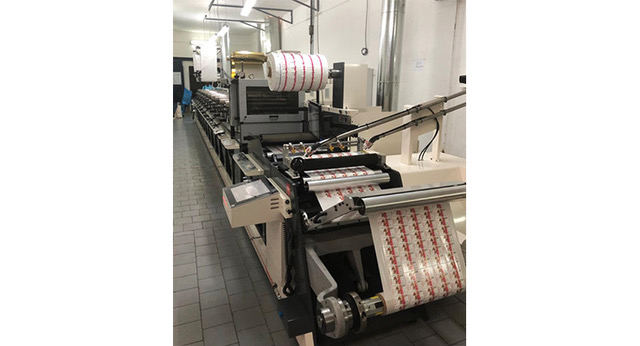 In the beginning, this was done by acquiring a couple of complete CI flexo lines with inline finishing, as well as 5-layer co-extrusion film production machinery.

Immediately, the label market was also targeted. A fully equipped 8-color Nilpeter FA-6* flexo press was installed in 2017. And after installation, Hassan Abdallah, general manager, stated that market needs would lead to a second press in the near future. In 2019, the company’s second Nilpeter 22” wide FA-Line landed in Abidjan. This time a 10-color press was added to meet the increasing capacity of labels in this market. Today, Socipack is running the two Nilpeter lines in three shifts.