We gathered data from more than 100 industry insiders on their plans for traveling to label and package printing events. 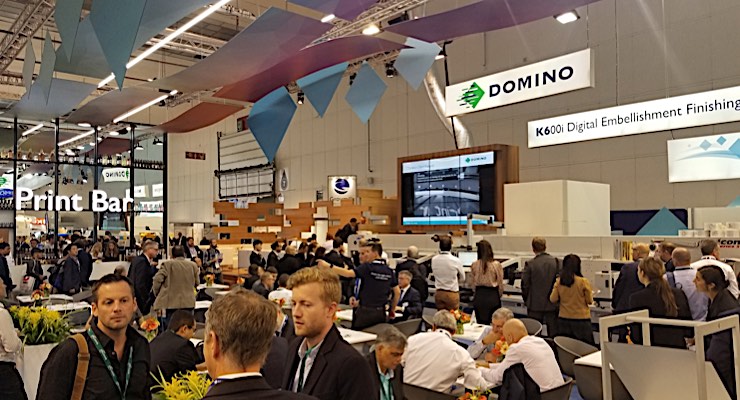 As society continues to open its doors, there is some semblance of normalcy looming on the horizon. The label industry was significantly impacted by the Covid-19 pandemic. From garnering an essential status and needing employees in the facility, to impacting customer service calls on the road, the entire supply chain felt the brunt of the pandemic.

Suppliers and converters alike were nimble and resilient, finding new ways to communicate with their customers, demo state-of-the-art presses, and network with their peers. While virtual events and webinar became the norm, industry events are starting to crop up on the calendar for the fall season.

Vaccinations are available in more places than ever, conceivably making travel safer. The survey indicated that greater vaccine rollout and a lower number of cases were critical for a return to travel. However, the past 18 months have forced those in the industry to adapt in ways like never before. Will industry members return to the previous way of doing things, or will the new normal be just that? Perhaps, the answer lies somewhere in between. Nearly 60% of respondents stated they have found value in webinars and virtual events, but many prefer the in-person experience.

In our survey 127 industry members responded to a wide range of pressing questions. Of those surveyed, 19% said they would not be attending any events – such as Label Congress, FTA Fall Conference, Dscoop, etc. – this year. 27% said they would definitely be attending one or more events, while the majority response (50%) said they are considering attendance.

For those planning to travel, 36% said the travel will mimic the company’s activities prior to the pandemic. Meanwhile, in a trend toward the new normal, 54% (69 people) said they will travel less. For those traveling, 42% stated they would send fewer team members, while 24% were unsure if they would send as many people as they had in the past.

The question that derived the most interesting results regarded vaccination. Feedback was split, as 51% said they would permit employees who have not been vaccinated to travel, and 49% said they would not permit it.

Based on the open-ended response about which events were missed the most during 2020, and the most anticipated events of 2021, trade shows emerged as the consensus. Labelexpo – both foreign and domestic – and other international trade shows like drupa received the most write-in responses. In addition to learning about new technologies, networking with industry peers was heavily mentioned as a reason to travel.

In regards to exhibition at those trade shows, the results were mostly mixed. Of the 127 people surveyed, 30% said they plan on exhibiting, while 46% said they would not. The remaining 24% were unsure if they would do so.

The number of attendees would not affect participation in most cases, but opinions were mixed in this area, as well. 47% said that the number of guests at a trade show would not dictate their decision to attend, but 38% said it would play a factor. The remaining respondents were unsure. Therefore, large events – such as Labelexpo and drupa – might not be the first ones to see a complete return, thus making the decision to postpone those trade shows a prudent one. However, most respondents did say they missed those events the most. In the meantime, events, such as Label Congress and Dscoop, among others, have been tailored to allow people to dip their toes back in the water with traveling, without packing several halls.
Suggested For You