In my last column I touched on carbon footprint. 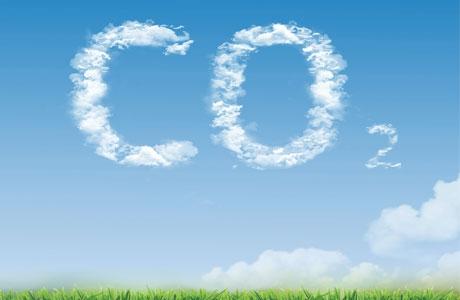 I tried to simplify and clarify how we and our industry contribute to rising volumes of CO2 – carbon dioxide. However, I don’t think I did justice to the topic and want to make sure we all understand the importance and issues about carbon.
Carbon dioxide and other greenhouse gases like methane and nitrous oxide are part of the 62-mile high blanket of gases that make up the atmosphere. The greatest part of the atmosphere is composed of just two elements: oxygen and nitrogen. Carbon dioxide and the other greenhouse gases are tiny by comparison but play an essential role. They are the “balancers;” they give us harmony.  The ultraviolet rays of the sun pass through the atmosphere to earth. The earth in turn sends this heat back into the sky, but not in the same form it was received. “For as the earth remits this heat and sends it back toward the sky, the planet’s mass transforms some of the short wave radiation into larger wave infrared radiation.” (Are you confused yet?)

Without carbon dioxide and the other greenhouse gases the remitting infrared rays would flow into space and the air would freeze at night leaving earth cold and lifeless. The greenhouse gases prevent that. They trap some of the heat (infrared rays) and redistribute it throughout the atmosphere. The balance of greenhouse gases keeps temperatures moderate, not too hot and not too cold. Hence, earth is habitable and life exists.

But balance and harmony are the keys to climate change. If we have too much CO2 and other greenhouse gases, then too much heat is retained. The world will get too hot and we will have violent changes in climate and life here on earth will be drastically affected. Indeed, scientists believe that a rise to two or three degrees in the average temperature will cause enormous disruption.

We can and do measure carbon on charts. If we look at these charts over a long period, let’s say from the Industrial Revolution through the 21st Century, we see rising concentrations of carbon.  Much of the carbon is natural, but as our population has increased, so has non-natural carbon. Factory emissions, automobiles, utilities, all of these and other man-made carbons have increased dramatically. World GDP has tripled since 1950, and along with huge population growth has caused increased man-made carbon.  Carbon that was buried millions of years ago, carbons such as coal, oil and natural gas, is mined and used and then released into the atmosphere by combustion. In other words, we’re upsetting the balance.

Large scale deforestation releases carbon while eliminating “sinks” that have served to capture and sequester carbon. Global poverty contributes to global warming because poor people search for anything to burn for heat, which then causes soot, which escapes into the sky.  Population growth means more livestock that generates by-product, which means more methane and nitrous oxide. Rice cultivation generates methane. But by far the biggest greenhouse gas is carbon dioxide.

There are many scientists who believe that increased man-made carbon has already upset the balance of greenhouse gases. They believe that climate change is occurring, that oceans are rising and ice caps are melting, that violent weather will cause devastation and human suffering. There’s another school of thought that argues that the weather has always changed and that most of our increased CO2 is natural and that climate change is the result of other factors such as solar turbulence or wobbles in the earth’s orbit. I’m not so sure.

According to the Intergovernmental Panel on Climate Change (IPCC) human beings were responsible for the emission of about 270 billion tons of carbon from the burning of fossil fuels between 1850 and 1998.  “During that same period they caused the loss of about half that much carbon from terrestrial ecosystems through such activities as logging and plowing; all told, disturbances to soils during that century and a half caused the emission of about 78 billion tons of carbon. In other words, though the burning of fossil fuels is the main culprit in climate change, our land uses have placed an important supporting role.”  This is from an interview with Rattan Lal, director of the Carbon Management and Sequestration Center at Ohio State University. He studies and teaches soil management and in his mind balance is the real solution to climate change. Very simply, when you grow a forest it accumulates carbon. When you burn it, it releases carbon. Lal says ecosystems can store carbon effectively to the point where they become “carbon sinks,” that is, they hang on to carbon for centuries, long enough so they contribute to lowering atmospheric concentrations of CO2 and perhaps reduce the impacts of climate change.

There is no question in my mind that carbon dioxide emissions have increased.  And, if you followed my somewhat complicated explanation above, this has contributed to climate change or global warming. I believe if we consciously, on a daily basis, both personally and professionally, focus on reducing our carbon footprint we can make a contribution to CO2 reduction. It is not easy for an industry like ours to be able to change.  The conundrum is that our technology is efficient and sophisticated on the one hand but unfriendly on the other. The key is to continue to change, when at all possible, in order to reduce the impact we have on our environment.