As I write this, Father’s Day is just around the corner. This issue of L&NW comes out long after Father’s Day has come and gone, but I think the lessons we’ve learned from our fathers should stay with us year-round. That’s why I’ve compiled a long list of lessons from my father, Carlo LaManna.

Before I dive into the lessons, a little background on my father, Carlo. He entered the printing, label and converting business before it was even an industry. The year was 1947, when most printers were focused on paper products. In fact, when Carlo joined  Vomela, converting equipment wasn’t even being manufactured.

Dawn of a New Industry
At the time Carlo and Jack Vomela began working together, 3M was looking for a partner to convert raw materials into innovative products. They began working with Jack and my father, two entrepreneurs not afraid to push the envelope.

More than anything, Carlo and Jack were pioneers of the converting process. They jerry-rigged and customized equipment to convert 48 x 120 sheets of material – and they did it fast, streamlining the process. This was back in the 60s, when this type of process was unheard of.

3M and Vomela had a great strategic partnership, the likes of which is seldom seen these days. It was built on mutual trust, solid relationships and handshakes that meant more than high-priced lawyers and arcane contracts. There was no time for all of that. Things were happening too fast; a new world was being built.

Eventually, my father bought the company from Vomela in 1980, grew it to upwards of $5 million in contract business with gross margins over 80% (imagine that today). I purchased the company from my family in 1990, along with another investor, before selling my equity position in 1993 to a strategic buyer.

I would eventually go on to start and build  Advanced Converting Technology to $7 million in revenue before selling it to a strategic partner (one of my top customers) in 2001. From there, I launched the LaManna Alliance.

Today, the lessons of Carlo LaManna remain with me.

So Good They Can’t Ignore You
I’ll relate many of Carlo LaManna’s lessons in this article, but I’d also like to share a revelation for you that I picked up from the book So Good They Can’t Ignore You, by Cal Newport. Newport’s title is based on the advice given by the actor/comedian Steve Martin, who said his secret to success was make yourself  “so good they can’t ignore you.”

That underlying sentiment is truly what made my father so successful in all his ventures, and it is what can drive your success as well. By helping invent an industry, he created a presence and a function that did not exist before and one that would be relied on for years to come.

If there’s one overriding theme to his life, it’s that he became so good the converting industry couldn’t ignore him. Here are some other life lessons I’ve gleaned through the years: Embrace the unknown.

1. Embrace the unknown
Remember, when Carlo started, the converting industry didn’t even really exist. That means the machinery itself didn’t even exist. In today’s online world, the idea of creating something from scratch is much less daunting. Anything can be generated in the virtual world.

But an entire industry needed to be machined. It was a challenge of epic proportions but one that Carlo did not shrink away from. In fact, he embraced the unknown. There was no guarantee that anything he did would work. He had a family to feed, bills to pay. But that didn’t stop him. I’m sure he had his fears, but he believed in himself and his vision. The results paid off.

2. People (of integrity) come first.
Carlo worked amidst machines, but it is men and women that run the equipment that create, innovate and truly make a business go.

This is an eternal truth, even in today’s day of relentless automation. There is no substitute for a group of people, working together with a unified goal. There are also no limits on what they can accomplish.

My father always put people first, but he focused on people of integrity. In the M&A world, the idea that a relationship could be built on a handshake instead of a legal document not only makes me nostalgic, it also makes me sad.

Why have we lost faith in each other? Why has the value of the human relationship become so devalued? I don’t know the answers to these questions. I do know that Carlo sought out and relied on people of integrity, from his employees, his partnerships and his family.

3. Pick your number.
Once when a friend of mine was applying for a mortgage loan, I asked him if he was going to lock in on a rate or wait and see if rates came down. He gave me some good advice in response.

He told me to pick a number and stick with it. Too often people get greedy or they get sucked into the hunt like a gambler looking for the big payout. That’s foolish, and you are likely going to lose in the end. In many ways, my father’s decision to sell his business was based on picking a number. He knew in his mind when he wanted to stop, and when the time came, he did.

Too often I see owners who want to sell their business holding on for a future that will never come and a price tag that simply won’t be possible. Life isn’t a lottery, so don’t put all your hopes on the big payout. You need discipline: Pick your number, and live with it.

4. Acknowledge the two facets of the family business.
One of the most important lessons I learned from my father came via Tom Hubler, a consultant on family businesses. When Carlo decided to sell the business, there was tremendous infighting and emotional turmoil within the LaManna household. My siblings and I (11 children in all) all had strong feelings about how the transition should occur and conflict ensued. (Hey, what would you expect, we’re Italian!)

Carlo knew that he would need some outside help in uniting the family, so Hubler was hired to help coach us through the transition. Tom showed us there are two systems at play within a family business: A business system and a family system. If these two systems are acknowledged and adhered to, a family business can run successfully. If not, there will be problems.

An example of the two systems working together was a case in which a father had to fire his son from his sales position. It was incredibly emotional, but because the business system was firmly in place, the decision was largely made for the father.

In the long run, that helped the family, as the son moved on to find a career that was a better fit. I learned from my experiences with my father how valuable the business systems are for a family-owned organization. Not only can it help your bottom line, it can keep the family together.

5. Establish a vision for business and retirement.
Carlo was a visionary. He helped create an industry by literally building it from scratch.  He used the same vision for his retirement. He envisioned days spent playing horseshoes, enjoying time with his wife and family, and soaking up the sun in their Florida home. He was also committed to paying it forward and has been active in many charities.

Too many leaders fail to create the same vision for their retirement as they do for their business. Once they retire, they are lost. Without any purpose, they read books for a few months and then yearn to get back into the working world. And many do. That’s not healthy, and it’s not good for business.

Don’t ignore the lessons of your parents
I mentioned up front that one of the things that made Carlo so successful was tied to the line by Steve Martin:  You want to be “so good they can’t ignore you.”

That line suits Carlo, both as a businessman and as a parent. In fact, all parents have something that cannot be ignored: It’s the experience of having lived life and the profound wisdom that comes with it. It’s easier for the younger generation to overlook the lessons of their predecessors. When you’re young, you know it all, and you’re going to reinvent the world into a better place.

But I recommend to everyone out there: If you’re fortunate enough to still have your parents with you, don’t ignore the lessons they’ve taught you. Everyone could write their own column – and should – with advice from their fathers.

Rock LaManna, President and CEO of LaManna Alliance, helps printing business owners and CEOs use their company financials to prioritize and choose the proper strategic path. Rock can be reached by email at Rock@RockLaManna.com.
Related Searches
Suggested For You

Is it time for you to go to Packaging School? 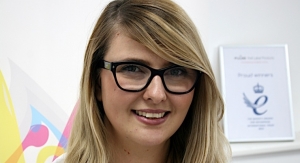 Why fast 'time to market' is increasingly more important

Buyers are lined up, but where are the sellers? 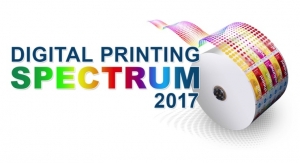 Save the Date: Domino to host Digital Printing Spectrum 2017