Converters are not alone in dealing with a growing crisis.

Garbage will always be with us. Christopher Bullock forgot to include garbage in his memorable 1716 crack about death and taxes (wrongly attributed to Benjamin Franklin). Trash is everywhere, as ubiquitous and as challenging as rust. Packaging waste, a major focus of our particular industry, is a huge part of it. Wasted food can eventually break down into its organic parts, but the rest of it – metals, synthetic chemicals, plastics, wood, fabrics, paper and board – just won’t go away.

In the label converting business, solutions to the environmental impacts caused by the materials we use are the focus of international study by suppliers and converters alike. Associations and programs exist to promote sustainable packaging products and practices, and to minimize the impact of packaging waste materials on the world around us.

The global waste problem is much greater than packaging’s role. When we examine waste by type and by region of the world, a grim and monstrous picture comes into focus. It affects the land we occupy, of course, but it’s also polluting our oceans, where it will not stay put.

The Plastic Archipelago
We became acutely aware of the junk in the earth’s oceans – which, we will recall, cover 70% of the planet’s surface – after the disappearance of Malaysian Airlines Flight 370 in March 2014 off Southeast Asia. Search teams from several nations hunted by aircraft and boat for hundreds of miles in all directions, but nothing beyond a few small pieces of the Boeing 777 were ever found.

What searchers did find, however, was trash. Most of it was, and still is, plastic. The publicity brought to the world’s attention a human-made disaster that has been growing for decades. Not long ago, the Great Pacific Garbage Patch, also known as the Pacific Trash Vortex, reached the public eye. It’s not a Texas-size glob of garbage, as some envision, but rather a series of smaller vortices in which human trash is concentrated, however loosely. Whatever it is, it shouldn’t be there.

This waste doesn’t just float there forever. The truth is far more unsettling: “In 2003, I was told by a restaurant owner on a Thai island that local fishermen used to wrap their lunch in banana leaves, which they would then casually toss overboard when done,” wrote Dave Hall in The Guardian early this year. “That was OK, because the leaves decayed and the fish ate the scraps. But in the past decade, he said, while plastic wrap had rapidly replaced banana leaves, old habits had died hard – and that was why the beach was fringed with a crust of plastic. Beyond the merely unsightly, this plastic congregates in continent-scale garbage gyres in our oceans, being eaten by plankton, then fish; then quite possibly it’ll reach your plate...

“This is a worldwide problem – we can’t point the finger at Thai fishermen. The West started this. The developing world justifiably yearns for its living standards and, with it, its unsustainable convenience culture.”

Ugly Food
About half of all produce in the United States is thrown away: 60 million tons, which amounts to at least $160 billion worth of produce per year. That’s one third of all types of food. The US Environmental Protection Agency says that wasted food is the single biggest component of American landfills. (The United Nations Food and Agriculture Organization estimates that one third of all food grown around the world is lost or wasted, an amount valued at nearly $3 trillion.)

Why is this? “A major reason is that food is cheaper in the United States than nearly anywhere else in the world, aided (controversially) by subsidies to corn, wheat, milk and soybeans, wrote Adam Chandler in The Atlantic last year. “But the great American squandering of produce appears to be a cultural dynamic as well, enabled in large part by a national obsession with the aesthetic quality of food. Fruits and vegetables, in addition to generally being healthful, have a tendency to bruise, brown, wilt, oxidize, ding, or discolor and that is apparently something American shoppers will not abide. For an American family of four, the average value of discarded produce is nearly $1,600 annually.”

Healthcare Waste
An oft-quoted study from 2012 reported that the US healthcare system, the largest in the world, squanders $1 trillion a year on various wasteful practices. That amount of money – higher than the nation’s annual defense budget – could pay the insurance costs of more than 150 million workers. Most of the wasteful spending comes from programs and practices that could benefit from a massive overhaul, but a significant portion is physical waste, the stuff that hospitals throw out.

Yes, hospitals must dispose carefully of both organic and inorganic substances that are employed in patient treatment. But among the refuse are vast quantities of unused syringes, unopened supplies for diabetes and other conditions, new surgical instruments and related items, sterile bandages, even hospital beds and other furniture. Among the reasons: Expiration dates might have passed (or in some cases have not); a new vendor is engaged; a bed might show some wear and tear; upgraded models are available; and materials are donated by families of patients who died.

A decade ago, a nurse from Maine began asking questions about this type of hospital waste. In 2009 she began collecting the stuff, formed a non-profit called Partners, and today has four warehouses. Elizabeth McLellan now ships containers filled with free medical supplies to countries where they are sorely needed, dates and dings notwithstanding. Right now her inventory is valued at $20 million. All of this has been rescued from centuries or more in a landfill.

The value of the packaging industry will reach $1 trillion by 2020. We are acutely aware that the materials we use and convert end their useful lives in recycling plants or in landfills. Efforts to reduce, reuse and recycle have been strong in the label industry, as evidenced by TLMI’s LIFE initiative. The glances above at the scope of global provides some perspective: We are not alone as contributors to the waste business, and we are not alone in contributing to the solutions necessary to maintaining and improving environmental health.

The European Union mandates participation by all who participate in the creation of packaging products; producer responsibility is part of it. The US does not regulate packaging producer responsibility, though some states have regulations. Recycling works in some other nations, but for the most part packaging still ends up in pits or mounds covered by dirt. Reducing packaging waste is a monumental challenge. Let’s hope that participation continues to grow from within.

Things are never as good or bad as they seem

Why fast 'time to market' is increasingly more important 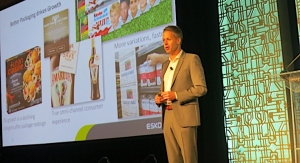 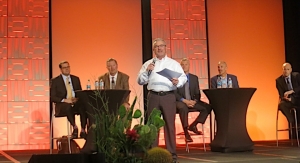 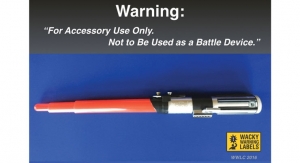 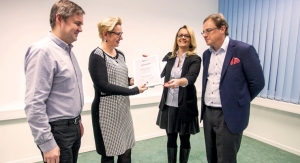