The patch: an intimate look

Transdermal patches are wonderful and challenging. They introduce cosmetic chemistry into the skin and medications into the body in the least invasive way, and the list of medical conditions that now can be addressed by that method is fast increasing. The challenges come in the areas of research and manufacturing. They are not simple to design and convert, and the complexity involved in both must aim for perfection.

Today, we can use the patch to treat pain, allergies, hormonal issues, high blood pressure, heart problems, motion sickness, depression, ADHD, and opioid use. The patch can carry chemistry to alleviate depression and inhibit conception. The best selling patch, and one of the earliest to emerge as a consumer product, delivers nicotine to the body as a method to stop smoking tobacco.

A couple of years ago, scientists published the results of research on conversion of white adipose fat (the bad kind) to brown adipose fat (the good kind). In other words, fat reduction. They knew which compounds did the job, but introducing them orally or via injection had unwanted effects on unrelated parts and systems in the body. A patch, for local treatment only, was the answer. Animal testing was positive, and one headline proudly proclaimed, “Skin Patch Dissolves Love Handles in Mice.” This particular patch made use of microneedles, with more on this later.

Skin is our largest organ, and we grow up knowing that we should keep that organ far from certain things. Poison ivy is a good example. Some people must avoid contact with alpaca hair or they will suffer an instant itchy rash. We also know that specific applications will help certain skin problems, and some of these are ubiquitous in nature: mud, for instance, and saliva. (One of my family members is a witch who prepares topical dressings from plants and a beeswax matrix to address a variety of ailments. They work, I think.)

Archaeologists suspect that compounds discovered in an African cave were used for decoration and skin protection 100,000 years ago. Ancient Egyptians used castor, olive and sesame oils along with copper, lead and red ocher to make cosmetic and dermatological products in the form of unguents, creams, pomades, rouges, powders, and eye and nail paints.

Papyrus documents from 1550 BCE describe hundreds of drugs and treatments for treating skin conditions, including burns, blisters and wounds. A poultice with 35 ingredients was prepared for improvement of male intimacy. Transdermal delivery of drugs for systemic effects included the topical application of frankincense to expel pain in the head, and a product applied to the belly to expel pains caused by tapeworm.

The British Journal of Pharmacology (BJP), which published the above historical data in 2015, also notes that the first plasters were developed in China 4,000 years ago, and that Galen, the Greek physician known as the Father of Pharmacy, made the first cold cream in the 2nd Century using a formula still pretty much in use today.

Jumping ahead far and fast, we encounter the first US patent for a transdermal patch granted to biochemist Alejandro Zaffaroni in 1971. By the mid-1970s, patch research had gained significant momentum and it wasn’t long before a new idea was realized.

After a couple of decades of experimentation with patches, researchers and formulators understood that they could combine the medication with the pressure sensitive adhesive, thereby simplifying the patch construction and resulting in a product that is lighter, thinner, more flexible and more comfortable on the skin than earlier versions. (It has been suggested, notes the BJP, that the concept of a patch came from the concept of the bubble jet printer, where the ink was printed on the surface of some appropriate materials.)

Combining drug and adhesive was challenging. The adhesive had to be compatible with human skin, and human skin is not the same on everyone. The rate of drug release from the mixture was critical and had to be meticulously manipulated for each application. The amount of time a patch is worn also is considered, because the transference of the drug will decrease over that time.

Eventually, the patch evolved into a basic construction. Variations certainly exist, but the standard composition includes an impermeable backing film, a preparation containing the drugs and the excipients (inactive materials that serve as a vehicle or medium for the drugs), an adhesive for skin adhesion, and a release liner.

Cormac Lyons, VP of R&D at Tapemark, a manufacturer of drug delivery systems in Minneapolis, MN, USA, explains the many intricacies of transdermal patch manufacture in a recent conversation with Pharmaceutical Technology magazine. “The critical quality attributes (CQAs) of a transdermal patch are the attributes essential or detrimental to the product’s safety and efficacy. These may include drug delivery, drug dissolution, patch assay, content uniformity, residual solvents, patch adhesion, patch removal from liner, adhesive shear resistance, adhesive cold flow, bioburden, crystallization, skin sensitization, and product stability in primary packaging. These CQAs will be different based on the type of patch being developed.”

The recent development of microneedle patches raised the bar for transdermal drug delivery systems. These are small patches that feature microscopic needles that penetrate the skin to a depth of a few hundred micrometers – not deep enough to cause pain. The needles are coated with the drugs, vaccines, vitamins or cosmetic compounds, which enter the skin at a fast rate. A patch can be taken off within seconds or minutes.

When removed, the patch contains no needles. Where do they go? They break down, dissolve. They are produced from a quickly degradable plastic. When they are pressed into the skin, they remain there and disburse the medication as they dissolve. Within a short time the compounds that form the needles are no longer in the skin.

Painless and swift. A majority of participants in a recent vaccine study said they preferred the microneedle patch to an injection. Ya think?

Micropoint Technologies, based in Singapore, manufactures microneedles in a variety of formats. Needles can be stainless steel, injection molded plastic, or polymer. The points can be solid or hollow. The company also is developing a microneedle array with a depth of 300µm that delivers drugs across the skin “by creating hundreds or thousands of micron-sized channels on the skin. This allows drugs to diffuse into the skin effectively.”  The company says that instead of the drug being coated on the points, it is impregnated into the rapidly dissolving needles, which are made from hyaluronic acid. The patch is applied by a spring-loaded applicator and is removed from the skin after 10 seconds.

Patches aren’t about to quit any time soon. The Los Angeles Times reported a few months back on the launch of a patch for athletes that lets them know when to drink water during workouts. The patch feels their sweat.

During a workout, sweat enters a tiny opening in the patch and fills a channel that snakes through the face of the circular patch. The sweat encounters the chemistry in the channel and begins to turn blue, indicating how much sweat has been lost. Another channel measures loss of electrolytes in red.

At any point during the exercise, the wearer can take a photo of the patch with a smartphone, and an app will tell them how much water to drink to replace the lost liquid.
The things we realize we need. 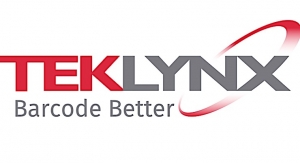 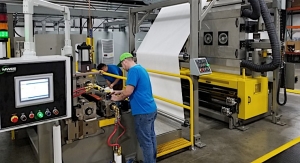 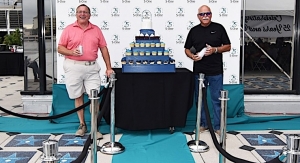 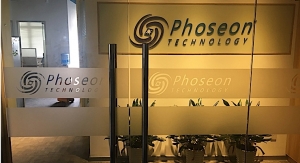 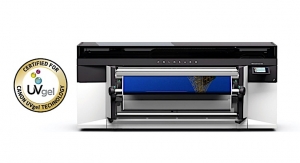 The value of research in label design 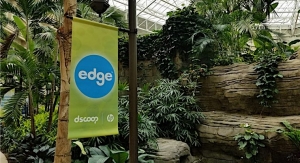 How to lose a sale 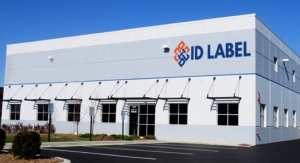 This is not about China