With Labelexpo Europe on the horizon, you could expect Europe’s label sector to be in a white heat of frenzied activity. Except that it isn’t, or at least not in August in France. The minimum length of annual paid leave here is five weeks, with extra days tacked on for seniority, or when a public holiday falls during your well-earned absence.

A generation ago, most of French industry just closed down for the majority of July and August. This has changed but not completely. From mid-June onwards, people start putting off decisions saying “Let’s look at that at the rentrée (i.e. when school starts in September).

Surprisingly, the only European country that works less than France is….Germany! According to official statistics, the average German works just 1,360 hours per year, a whopping 10% less than the average French person. For the US, the figure is 1,780, which must translate into a lot of midnight oil being burned “over there” while we Europeans are already down at the pub, bistro, Wirtshaus, taverna or wherever.

Working hard is one way to success. But it’s not a good indicator of happiness, so it seems from the latest “World Happiness Report,” which covers over 100 countries, looking not just at GDP but also at mental health, life expectancy, trust in government and other factors affecting well-being. Amazingly, the key factor dividing the happy from the less happy in Europe is latitude – the further north you live, the happier you’re likely to be. The Nordic countries collar the top four places, and outside Europe, only New Zealand and Canada make it into the top 10. The USA comes in at 19th, maybe as a result of working too many hours.

Linerless
The linerless label has been around for more than a decade, and Ritrama is only one of several labelstock producers to develop an ingenious answer, well suited to putting rectangular labels onto bottles. Herma has taken another approach, jumping on the bandwagon of parcel delivery services as pushed by Amazon, Walmart and others too numerous to mention. Every parcel needs one or more shipping labels (all rectangular), and worldwide parcel shipping generated $279 billion in revenue in 2017, an increase of 11% over 2016; volumes grew 17% to 74.4 billion parcels.

The same statistics also predict that global volumes will exceed 100 billion parcels in 2020 across the 13 countries reviewed (Australia, Brazil, Canada, China, France, Germany, India, Italy, Japan, Norway, Sweden, the UK and USA). Interest in linerless labels will be high at this year’s Labelexpo, where both Herma and Ritrama (and others) are showing their latest and greatest. The cherry on the cake for linerless is a seminar being hosted by AWA on the eve of the opening of Labelexpo Europe, featuring presentations by experts from both sides of the Atlantic.

Vienna: Waltzes, wine and Wow label technology
It’s not every day that a (relatively) small label printer (€ 9 million sales, 55 employees) decides to invest in a state-of-the-art inkjet press with more inline finishing stations than you can shake a stick at. Insignis, a family-owned Viennese converter, has risen to the challenge, installing a Gallus Labelfire press with a “Digital Embellishment Unit,” or DEU. Gallus does not disclose the price of this configuration, but rumor has it that if you do not have a million and more dollars to invest, you better go elsewhere.

So, in 2018, it was a potentially make-or-break decision for Insignis. Speaking at an open house in July of this year, Christof Naier, Gallus’ head of Business Unit Label, did not play down what was at stake: “It goes without saying that the installation of a Gallus Labelfire, with such an extensive configuration for a printer like Insignis, represented a real challenge. It was also the first integrated Labelfire with Digital Embellishment Unit that Gallus had installed for a customer. A year on, we too are satisfied with the way things are going. The Gallus Labelfire hybrid press and digital embellishment units are the perfect combination for the current demands of the label market.”

During the presentation at Insignis, Christof Naier and Uwe Alexander of Heidelberg-Gallus listed the latest improvements to this press, which was launched 18 months ago. “Gallus has perfected new software, which ensures perfect printing even if some jets are clogged, and an online inspection unit, which automatically compensates for minute differences between new and older printheads. These are just two of the innovations for the digital print station.”

Heidelberg reports having spent much time and money in improving its digital white inks, which are in considerable demand for labels and food packaging (Heidelberg uses Fuji printheads but develops its own inks). With more than 30 Labelfire presses sold since the launch in 2017, Gallus believes that this press, with its online embellishing, will be one of the stars of the show at Labelexpo.

According to Gallus, the Labelfire in this configuration wins on points for its large number of online digital finishing processes. As Gallus sales manager Silvia Spatt puts it, “By combining the strengths of digital printing with online finishing processes all optimized for this type of printing, labels can be varnished, embellished with cold foiling and finished online. This is not the case for many digital presses on the market that leave the finishing as a separate off-line process. This ‘all digital’ approach ensures shorter production times with less waste. The converter saves time and money with this end-to-end inline process.”

Insignis chose to integrate a “classic” rotary screen-printing unit (this is another of Gallus’ specialties). This station is sited downstream of the digital press but could also have been placed upstream.

Gallus’ Alexander explains the benefits of this flexibility: “When placed upstream of the digital printing unit, this unit gives the unbeatable white opacity of screen. In the downstream configuration, all the advantages in terms of embellishment still apply, in particular the haptic effect and the colors and security applications made possible by using special inks.”

No man is an Island
When John Donne wrote those words 400 years ago, he was not thinking of Britain’s relations with continental Europe. However, since the end of July, the British government is headed by an outspoken, impetuous man with a shock of fair hair. Short of a miracle, this means that on October 31, Britain will crash out of the European Union.

The immediate effects of this have been well publicized: long queues of lorries at the ports, shortages of medicines, air travel disrupted. However, the longer-term effects may be just as insidious. Leaving aside the likelihood of renewed violence in Northern Ireland, the big impact will be on supply chains. Every equipment manufacturer is plugged into a Europe-wide, and often global, network of suppliers.

American manufacturers have long been used to the idea that if you get approval for a widget made in one state of the US, you can (with a few exceptions) sell it in the other 49. In Europe, the notion is only a few decades old, but as of today you can (again with a few exceptions) buy and sell products, spare parts and machines anywhere in the 28 countries making up the European Union, once the item has been officially approved. This applies equally to anything imported into the EU: once it’s been given the EU stamp of approval, you can sell it without let or hindrance everywhere from Cyprus to Scotland. Not only are there no tariffs on cross-border trade in the EU, but also there are at least–in theory–no non-tariff barriers to give a leg-up to domestic producers.

If indeed Britain crashes out of the EU without an agreement, label converters, according to a 2018 survey (done by your correspondent, so it must be right) will be only slightly affected, since not many labels cross the English Channel, in one direction or the other. The exceptions are Irish converters, be they in the North of the island or in the Irish Republic. The frontier, virtually non-existent today, will prove a major headache to converters like Keith Hamilton, whose label plant is in Lurgan, just inside Northern Ireland. But he is stoic about it. “I’ve given up worrying about Brexit,” he told your correspondent. “I stand to lose half my customers, but whatever those politicians in London or Brussels decide we’ll just have to live with it.”

All the UK’s label converters are increasing their inventories, though, in particular inventories of labelstock, for which the UK is a net importer. UK-based makers of label presses and other equipment manufacturers, like Focus, Edale and ABG, have been quietly signing up local suppliers and sub-contractors, as well as raising inventory levels to guard against shortages and delays come the 1st of November. One or two have already shifted part of their manufacture to mainland Europe. Similarly, on the European continent managers have been examining their supply chains, and in some cases dropping UK suppliers.

All this may sound far away and even far-fetched to American businessmen. But managers the world over have grown used to believing that national boundaries matter very little when it comes to sourcing or manufacturing. Low inventories and just-in-time deliveries have become the established religion. But observe the straws in the wind. Not just the big angry tweets emanating from Washington and Beijing. Read the fine print of OECD’s findings that cross-border trade, having expanded for several decades, fell sharply over the past two years. It seems supply chains are becoming shorter as the manufacturing industry prefers greater security to lower costs. Britain and Europe may not be the only ones to start wondering if the bell is sounding for the end of the age of globalization.

So, John Donne again: “Never send to know for whom the bell tolls, it tolls for thee.”
Related Searches
Suggested For You 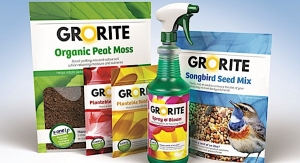 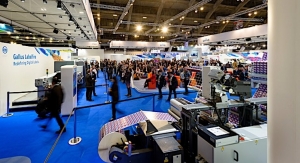 A different look and feel 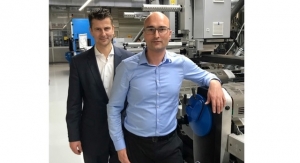 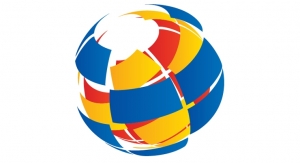 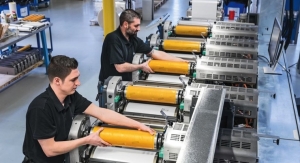 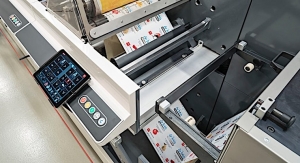 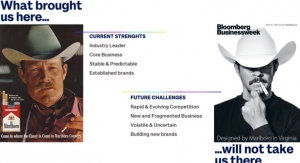