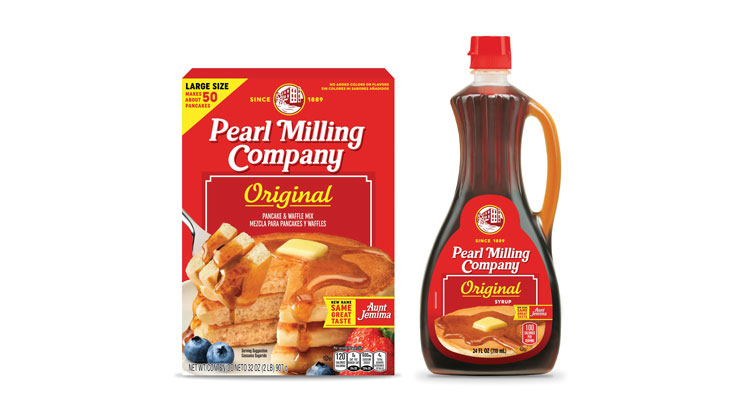 While it’s up for debate when and how “cancel culture” got started, what’s clear is that it appears it’s going to stick around for a while. The phenomenon became quite prominent in 2020, with the term entering the lexicon of many of us consumers for the first time.

First of all, what is cancel culture and why is it now “a thing?” The seeds for cancel culture were planted long ago, and like a powder keg, have finally sprouted and exploded. In 2020, the Black Lives Matter movement, coupled with the rise of social media, played a pivotal role in many entities getting canceled.

The potential for a person or brand to get “canceled” has always been there, but it’s only just now that it’s reached the surface and boiled over. Hey, global pandemics weren’t really a thing to worry about until last year either. Tying the two together, one can make the case that with everyone forced inside – and often in front of various social media feeds – that habit contributed to the rise of cancel culture and the ensuing fall of some iconic brands.

Where your opinion falls on cancel culture doesn’t really matter if you’re a brand owner. The fact that it’s here to stay should give you pause when considering your brand and how it’s positioned. The wrong decision with regard to taglines, logos and labels could literally cripple business and destroy profits. The ramifications could drastically affect all involved in a supply chain, and the bigger a brand is, the harder the fall.

What is cancel culture? What are the consequences?
Cancel culture is the act of canceling a brand, public figure, or company that a large group of consumers disagree with. “When a brand is canceled, support is withdrawn and consumers spend their money with competitors if the brand or company has said something offensive. The brand is canceled through online shaming on social media platforms,” explains Kris Ruby of Ruby Media Group, a public relations and social media agency. According to Ruby, the goal of the cancel culture movement is to “cancel” the brand by expressing public discern on social media platforms. She says, “It only takes one tweet from 10 years ago to cancel a public figure or brand on social media.”She adds, “Brands are being canceled left and right, (no pun intended) for issues ranging from support of former President Trump to not kneeling during the national anthem. Increased racial tensions and the political election are some of the recent factors that have led to recent brand cancellations of popular public figures and corporate executives,” Ruby says, adding, “The problem with cancel culture is that there is no rhyme or reason as to the criteria for cancellation. It is a moving target.”

When brands become targets, the consequences can be severe, and according to Ruby, can include: Ruby says that how some brands have responded to being canceled include donating to charities or organizations, re-emerging after long periods of silence, rebranding and renaming the brand.

A proactive approach, Aunt Jemima rebrands
Sometimes it’s best to be proactive – before the angry social media mob gets ahold of your brand and does whatever it does. Some cancellations go as far as boycotting. Following George Floyd’s murder in Minneapolis and the ensuing Black Lives Matter events, protests and activities of 2020, many brands were pressured to respond in some way. Several did, others did not.

Public relations firm Porter Novelli says there are actions companies can take to protect from the impacts of cancel culture. The majority of consumers (88%), the firm reports, are more willing to forgive a company for making a mistake if it shows a genuine attempt to change; and 84% say they are more likely to forgive a company for a misstep if it’s that company’s first time making
a mistake.

Cancel culture is here, and brands should be both proactive and prepared. Aunt Jemima, the iconic breakfast foods brand that has been around since 1888, took a proactive approach when it found itself in the cancellation crosshairs due to the perception that its logo and branding were at worst racist and at best racially insensitive.

Pearl Milling Company-branded pancake mixes, syrups, cornmeal, flour, and grits products will start to arrive in market in June 2021. Pearl Milling Company will offer people all their favorite pancake mix and syrup varieties in the same familiar red packaging previously found under the Aunt Jemima brand. Products will continue to be available under the Aunt Jemima name without the character image
until June.

Though new to store shelves, Pearl Milling Company was founded in 1888 in St. Joseph, MO and was the originator of the iconic self-rising pancake mix that would later become known as Aunt Jemima.

The Quaker Oats Company signed the contract to purchase the Aunt Jemima brand in 1925. It updated its image over the years in a manner intended to remove racial stereotypes that dated back to the brand’s origins. In June 2020, the company announced it was transitioning from the Aunt Jemima name and likeness on packaging and pledged a $5 million commitment to support the Black community.

Throughout the effort that led to the new Pearl Milling Company name, Quaker worked with consumers, employees, external cultural and subject-matter experts, and diverse agency partners to gather broad perspectives and ensure the new brand was developed with inclusivity in mind.

In the coming weeks, Pearl Milling Company will also announce the details of a $1 million commitment to empower and uplift Black girls and women, inviting the community to visit its website and nominate non-profit organizations for an opportunity to receive grants to further that mission. This is in addition to PepsiCo’s more than $400 million, five-year investment to uplift Black businesses and communities, and increase Black representation at PepsiCo.


Cancel Culture is coming for you
KLOAKr has announced that it has developed an application that keeps text messages secret by “cloaking” iMessages. KLOAKr uses multiple levels of security that allow the message or image to be viewed once before it is deleted and unrecoverable – forever. KLOAKr is now available in the App Store as a fully integrated application with Apple iMessage.

KLOAKr was created by a group of veteran technologists with expertise in bringing new products to market, emerging technologies, business development and channel development.

“Messaging is notoriously insecure, and the consequences of confidential communications being misappropriated are high,” says JD Vaughn, KLOAKr co-founder.  “These days, we’re using digital communications for all types of sensitive conversations from politics to social justice to finances, and we need to know they are secure.”

How it works
Got a message, see it once and it’s gone forever.

KLOAKr is not a standalone messaging application, it’s an enhancement to Apple’s iMessage, and works inside of iMessage.

Encryption: All messages are encrypted using AES 256, and Private Keys between sender and receiver, we then add another layer of security that utilizes Apple’s Face ID or Fingerprint technology.
Biometric Security: Once the receiver has a verified key from the sender, they must authenticate their identity with Apple’s Face ID (or Fingerprint) to view the message, by touching their finger on the screen.
Deleted Forever: The moment the receiver removes their finger from the screen the message is instantly destroyed, leaving no trace on the either sender’s or receiver’s iPhones, or the cloud.

Who uses KLOAKr?
Anyone who shares confidential information not meant for the general public, including: Businesses and organizations that need to ensure professional confidentiality, including lawyers, doctors and other healthcare providers, financial services professionals, etc.; Public figures: politicians, celebrities, athletes, etc.; Educators and counselors; Young college and pre-college students and teenagers protecting their future reputation; Anyone and everyone that wants to communicate a message, picture and/or video in a highly secure and confidential manner, “Now you see it, now you don’t.”

KLOAKr is free for the first 60 days, with the option to upgrade to the KLOAKr Pro for enhanced functions.


Steve Katz is the former editor of Label & Narrow Web and is now a regular contributor. He is focused on helping companies in the label industry share their news and tell their stories. Follow him on twitter @LabelSteve.
Suggested For You