When adding printing to its portfolio, Pentaflex Films turned to Bobst and Miraclon's Kodak technology for help. 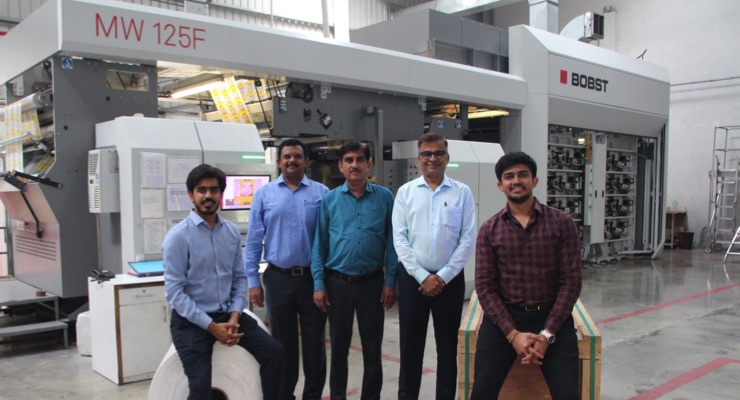 In 2016, Ahmedabad-based Pentaflex Films, an Indian manufacturer of flexible packaging PE film, added printing to its portfolio. The company took the flexo route in a market dominated by gravure, and it turned to Bobst and Miraclon's Kodak technology.

Pentaflex’s Anand Patel acknowledges that he and his fellow directors took a risk, but explains why it was a very calculated one. “Flexo is only about 15% of the FMCG market that we focus on, and most of that is dairy packaging. The rest of the market is largely gravure, so there’s a huge opportunity to win brands over to flexo — and we have some really serious factors working in our favor.”

Push for sustainability
Sustainability could prove to be a benefit of going to flexo. “Many countries have adopted Extended Producer Responsibility, which makes consumer brands pay attention to what happens to their products after use — in particular, material recovery and recycling,” says Patel. “In India we’re now catching up, which is placing significant pressure on brand owners to put sustainability front and centre of product development. This will be good news for flexo.”

To discover just how good, Pentaflex did its homework, he says. “For example, we researched the current consumption of plastics and film in India, and how this would grow in line with increases in people’s disposable income — which translates into more spending on consumer goods. Add that to the drive for sustainability, and the outlook for flexo is really positive: I wouldn’t be surprised to see a sudden boom in flexo in the next two or three years — maybe by 40% — before settling down to steady incremental increases.”

The company also recognized two important factors. The first was reassuring: a growing awareness of flexo’s increased capabilities. “In the past, flexo had a bad press on issues like printability and quality, but you can trace that to older technology such as stacked presses. Our Bobst CI press is a different generation of machine altogether, and the word is spreading.”

The second lesson was that a huge opportunity existed for flexo in the reverse-printed laminate market. “Reverse-printing using flexo was almost unheard of in the region, but by combining the Bobst press with Kodak Flexcel NX technology we could offer brands much higher quality in the reverse-printed space — with the added advantage that the pack is recyclable,” says Patel.

The company’s winning entry — flexible packaging for salt — demonstrates this proposition in action. Salt is traditionally packaged in a PET+PE laminate, printed gravure for reasons of printability and quality.