The inkjet specialist made the announcement during a press event in San Diego, CA, USA. 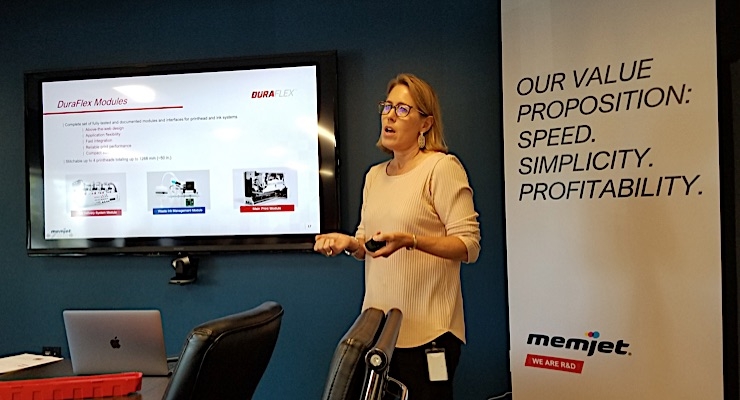 Memjet, an inkjet printing specialist based in San Diego, CA, USA, has just announced the launch of the DuraFlex platform. Designed to complement DuraLink and VersaPass, DuraFlex will meet OEM demand for a robust digital printing solution. Memjet is striving to open printers up to new markets, creating a pathway to more business opportunities.

The technology was announced during a press event on August 27, when Memjet opened its doors to highlight its latest initiatives. In addition to significant R&D investments, Memjet has also added a wide range of personnel throughout various areas of the organization. The sweeping hires allow Memjet to further position itself in this fast-growing market. Memjet has seen more than 12,000 systems installed around the world, adding thousands of granted patents to its resume. Its 52 products span eight different market segments.

“We think DuraFlex is going to be really exciting for the printing market,” said Kevin Shimamoto, chief marketing officer of Memjet. “We want to learn and grow with the market, and we welcome feedback. Our goal is to grow and become industry leaders.”

The event featured an in-depth look at the new DuraFlex platform, live printing demonstrations, a lab tour, and multiple breakout sessions orchestrated to explain the nuts and bolts of Memjet’s philosophy and printing capabilities.

DuraFlex is a third-generation print technology that features a 4-color printhead system. Targeting the benchtop, light production and entry-level press spaces, DuraFlex prints at 150 fpm (46 m/m) and comes in two sizes: A4 and A3+. Plus, all printheads are user replaceable, and modules serve as the core component of the system.

“Unlike the piezo suppliers, we have a systems approach,” explained Len Lauer, CEO of Memjet. “We have a solution that helps you get to market quicker, and we tend to be lower cost from a capital acquisition standpoint. We have a unique business model to meet the end user requirements, and we’re always innovating.”

“The technology is fast for this class of device, and the cost space that we’re playing in,” noted Kim Beswick, general manager of Memjet office and desktop systems. “DuraFlex is power-packed from a capability perspective. It’s the most offset-like of any digital technology. Other technologies that I’ve seen have gradient transitions, leading to a pixelization. We’re operating at a level that it would be tough to see a streak at 1600 dpi with our nozzle redundancy. We have a nice array of technologies, from desktop label printers all the way on up.”

From an ink perspective, DuraFlex inks have been customized for high-speed printing without drying requirements. Prints are water fast and rub resistant, and boast a range of media compatibility. This includes porous, uncoated offset, inkjet treated and inkjet coated media.

Additionally, all DuraFlex inks have been engineered for indirect food content packaging applications. “Duraflex delivers a lot more flexibility and performance–at faster speeds– than competing systems,” adds Beswick. “We’ve got smaller drop sizes, which help us deal with finer features. This gives us a big advantage.”

As part of the event, Memjet focused on the challenges faced by OEM’s throughout the industry. Memjet is striving to increase substrate compatibility and make digital printing more efficient. The company has also developed technologies to enhance printhead life while improving quality.

“Our nozzle density is much, much greater than piezo, and we print at 1600 x 1600 dpi–giving us the best quality,” said Lauer. “Our silicon content is much less than a piezo, and our printheads are much less expensive.”

Memjet has seen success with a range of OEM partners in the labels and packaging space. The company has teamed with Afinia Label, AstroNova’s Trojanlabel, Canon Oce, Colordyne Technologies, Konica Minolta and more.

Representatives from Colordyne and Kirk-Rudy were present, vouching for their companies’ success with Memjet technology.

“Memjet is a very agile company, and they can do things quickly while being able to adapt,” said Bob Mills, general manager of Kirk-Rudy. “Having that support is very valuable in today’s climate. Everybody wants something tomorrow, and that’s where Memjet technology fits for us.”
Related Searches
Suggested For You 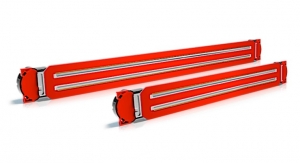 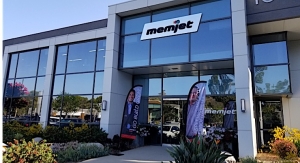 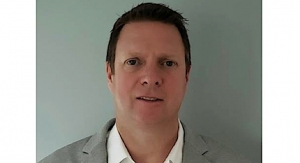 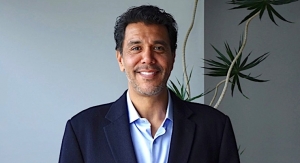 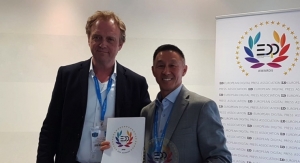 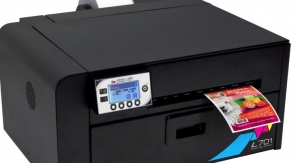