We’ve hit the midway point of 2016, and these are the “Days Between.” Between what, you may ask? Well, it’s summer, so July and August certainly qualify as the days between spring and autumn. But here’s where I’m going with this: They only occur once every four years – the days between drupa and Labelexpo, of course.

I sense a relative calm in our industry, or rather, suppliers catching their collective breath. The label industry was well represented at drupa in Dusseldorf, what is hands-down the world’s largest and most comprehensive printing and graphic arts trade show. By some accounts, drupa – for the first time – was a “digital show.” For proof, look no further than the presence of HP Inc., who had the distinction of being the largest exhibitor, taking that title from Heidelberg. And it should be mentioned that Heidelberg had a strong digital presence at drupa itself, showcasing its “Fire” line of presses, including the Gallus Labelfire 340 (formerly known as the DCS 340). For the full L&NW drupa recap, go to page 72 of this issue.

But now, during the Days Between, we transition to a far more targeted trade show, Labelexpo, which returns to the Chicagoland area this September. And if it’s anything like the 2015 edition in Brussels – which I fully expect it to be – it will also be very much a “digital show.” In addition to digital label press manufacturer mainstays HP and Xeikon, the flexo press giants are all now in the digital
press mix. There’s the aforementioned Gallus, and also Mark Andy, Nilpeter, Omet and MPS, all with some sort of digital label printing technology to showcase. And I haven’t even mentioned the long list of dedicated standalone inkjet and tabletop players who will also be exhibiting – it would take up this whole page. For a glimpse of what new products and technologies will be on display in Rosemont, check out the first 2016 L&NW Labelexpo Product Preview on page 80, which is just the start of what will be our extensive coverage of the show in both print and online.

This is the calm before the storm so to speak, the Days Between. But our industry is never really calm. The headlines dominating our Industry News section (page 10) show the M&A trend continuing. Northern California-based wine label and logistics specialist G3 Enterprises has acquired Grigsby Label, also a company with an exemplary wine label reputation, in a case of a strong company getting stronger in its area of expertise. Meanwhile, Fort Dearborn and Smyth Companies made news with acquisitions that expand their product offerings. Fort Dearborn just got a lot stronger in the sleeve label market, and Smyth has added tube labeling to its portfolio.

The label industry does not take the summer off. See you in September. 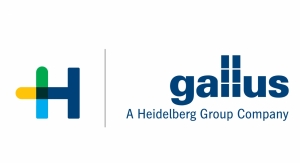