Before I tell you the Patagonia story, I need to make a position statement about President-elect Donald Trump’s position on the environment. I won’t write about my view of the man, just that he embraces fossil fuels, has vowed to roll back the Paris Accord, and has called climate change a hoax. Indeed, his campaign established him as one of the most anti-environment candidates of any recent nominee. Regardless, I am convinced that Trump voters did not want him to turn the clock back on environmental improvement. They didn’t vote the Trump ticket because it would allow big polluters to pillage our natural heritage and planet. They didn’t vote for Trump to deny their right to safe drinking water, clean air and healthy communities simply because of their income or skin color.
They voted for Trump because they were tired of the ineptitude, the morass in Washington, not because they wanted to stop environmental improvement.

Mr. Trump will have a difficult time undoing some of the environmental changes and improvements that have occurred during the last eight years. There is too much at stake, number one. And, number two, most of his supporters, I am convinced, believe that environmental changes have made us a better society. I am against the XL pipeline, particularly understanding the manufacturing process for the product they want to transport. I am against the Dakota Access Pipeline, which, if a spill or leak developed, could contaminate the water supply of upw   ards of 10 million Native Americans. I am against fracking because of the invasive manufacturing process, the use of chemistries that have not been properly vetted for their environmental effect, and the massive amount of water that is used and ultimately contaminated. How in the world can we honestly justify these and other invasive initiatives that can potentially affect our environment and even harm lives (contaminated water in Michigan!)? How do we justify strip-mining when there is a disregard for the waste that is generated and a total disregard for remediation? I cannot believe that Trump supporters want any of the above. Also, I don’t believe that Trump has any idea of the environmental movement’s strength – that it is here to stay and continues to make change for the better. It is my belief that if Mr. Trump attempts to make changes that affect our environment, there will be a groundswell of opposition from grassroots activists.

There, I think I’ve made my point. Let me know if you’ve missed it, as I’d be happy to send further clarification. In the meantime, let’s get on to the Patagonia story, the polar (get it) opposite of Trump’s position on the environment.

I was totally blown away by the Patagonia wetsuit story. I heard about it and then read their “We Grow Our Own” story. I came across it and just as I was finishing last month’s column on “circular economy.” More incredible is how consistent it is with the basic principles of what I wrote about on the concept of circular economy.

If you remember, I wrote about Pepsi’s 2025 sustainability goal: all of its packaging must be recoverable or recyclable in nine years. I wrote about the change from environmental degradation and abuse and discard to designing for zero waste and/or reuse, hence the circular economy. Well, Patagonia has done just that.

Back in the early 1930’s DuPont developed “Duprene.” Duprene was first made by chlorinating and polymerizing butadiene, a petrochemical made from crude oil. Butadiene is really nasty stuff. The original process resulted in a material originally called “polychloroprene.” (Even the names are nasty). By the mid 30’s DuPont had changed the name to Neoprene, and while there have been chemical tweaks, the neoprene of today is basically the same as it was in the 30’s. Polychloroprene, for years, has been the primary foam sewn into surf and dive suits. Its insulating properties allowed surfers to swim and surf in cold waters. But, there were two inherent problems with the chemistry: the manufacturing process is very energy intensive and petroleum-based chemistry is non-renewable. Patagonia was convinced there had to be another less invasive material and launched a research study in 2005.

“As our R&D progressed, we learned that using renewable natural rubber could help us reduce our reliance on petro-chemicals. Our work with ‘herea brsilierisis’ or hevea, revealed another benefit that was just as important: Because the polyisoprene was produced in trees instead of factories and uses solar energy instead of generated electricity, up to 80% less energy altering CO2 was emitted in the manufacturing and refining process when compared to traditional neoprene.”

What is really interesting is that the rubber industry has proven that natural rubber is better than synthetic rubber. The rub: it costs more! Charles Mann wrote a feature article for National Geographic several years ago and explained why 40% of the world’s rubber still comes from hevea trees. Synthetic rubber may be cheaper but it isn’t as strong, is less flexible and less able to withstand vibration. If you want safe airplane tires or surgical gloves, natural rubber is the material of choice. And, brothers and sisters, don’t forget about condoms. Look on the label: “made from natural rubber.” Or take your future in your hands, literally.

Patagonia was onto something and continued to experiment. They learned about a small plantation in Guatemala that was growing hevea trees on reclaimed farmland that raised its trees in strict accordance with the FSC and were certified by the Rainforest Alliance. Patagonia found that the hevea tree has “spiraling layers of latex-bearing vessels inside their bark.” The latex is harvested by tappers, who begin harvest in the dark because the latex flows more easily. The tappers use headlamps and tapping knives to make incisions in the trunk. The latex flows through a thin funnel into a small bucket. Once the yields have diminished, the trees are cut and milled for high-end furniture, a complete end-of-life story. In the meantime, new saplings are spliced onto the stumps.

After the latex is harvested from the hevea trees, it is processed into an emulsion and shipped to Patagonia’s partner, Yulex, for purification that removes over 99% of impurities. The performance attributes of natural rubber: strength, elasticity and consistent stretch, is transferred into the Patagonia wetsuit. Yulex rubber also blends a small amount of synthetic rubber into its product, which gives it additional ozone and UV resistance. As Hub Hubbard, wetsuit development manager of Patagonia, says, “I’ve been working with wetsuits since the early ‘90s, and being part of the team that’s taking a big piece of the process and replacing it with something plant-based and less carbon-intensive is the coolest thing I’ve ever done. Partnering with Yulex to bring the project to fruition was a chance to invest in innovation, instead of just putting a fancy spin on something out of a supplier’s showroom. In terms of technical performance, the finished product is no different than its neoprene predecessor. But it’s super important to know where the rubber is coming from, so the FSC certification is a huge part of the story.”

I can’t think of a more fitting way to start 2017 than to share this success story at Patagonia. They have made the transition from synthetic to natural. They have supported a community in Guatemala, bringing social and ecological value that creates regenerative and restorative value. Hopefully this wonderful story will inspire some in our industry to make changes that will be meaningful to a circular economy.

Take heed, Mr. Trump, and go Patagonia.
Another Letter from the Earth.


Calvin Frost is chairman of Channeled Resources Group, headquartered in Chicago, the parent company of Maratech International and GMC Coating. His email address is
cfrost@channeledresources.com.
Suggested For You 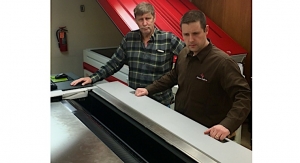 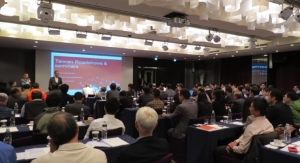 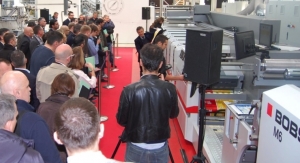 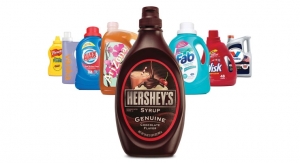 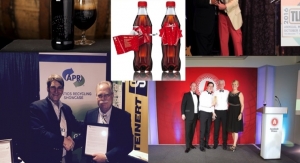