The Cincinnati converter has enjoyed recent growth and expansion. 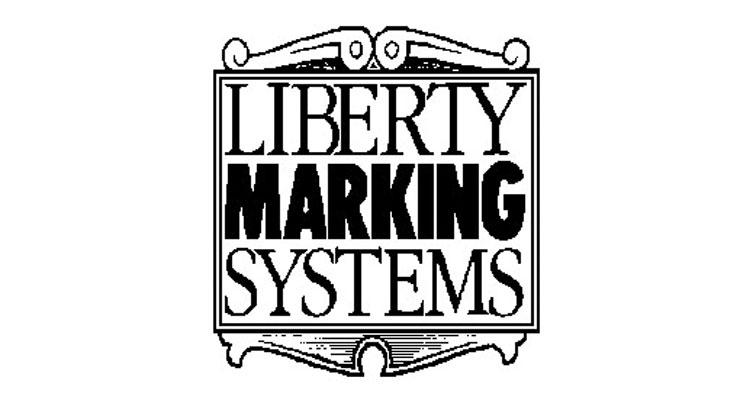 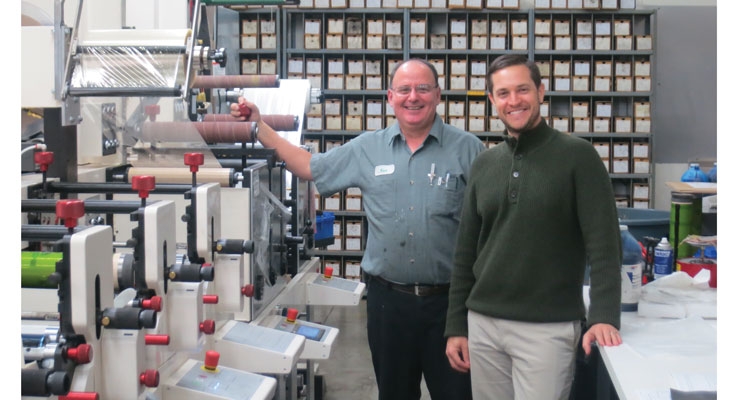 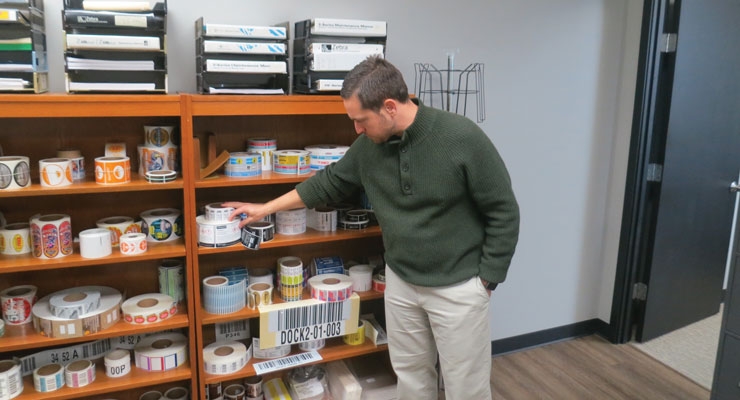 Vice president Brian Beam showcases some of his company’s labels. 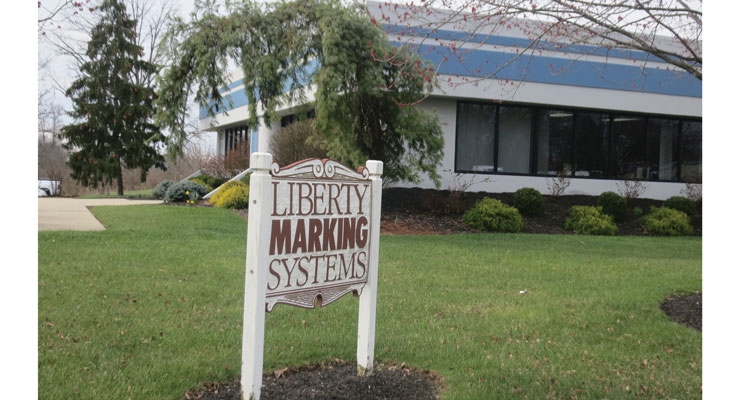 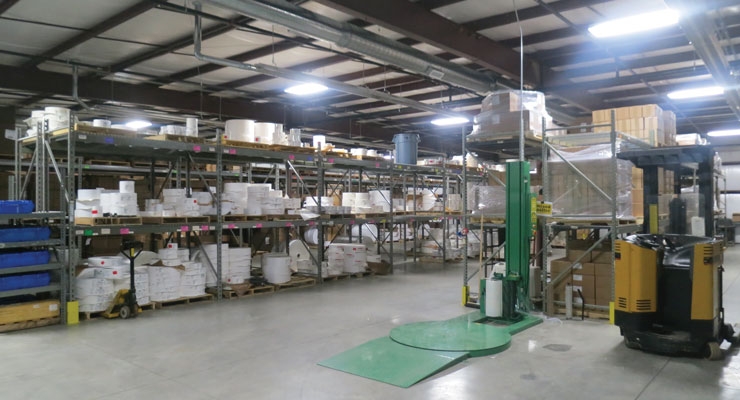 
Liberty Marking Systems, a privately owned label converter in Cincinnati, OH, USA, has built its reputation as a “company to be counted on.” The converter has made impressive strides lately, acquiring its second Nilpeter press, an 8-color FB-3300S, and doubling its warehouse capacity. The recent moves have made the company an attractive option for customers and prospects alike. As the label and packaging industry continues to grow, Liberty Marking Systems anticipates just as bright a future.

Current president and founder Tim Beam established the business in 1988. He got his start in printer repairs before moving on to sell labels. His experience selling labels inspired him to start his own business. After a few years of selling bar code printing systems and brokering labels, he decided to purchase his own press, due to suppliers not being able to handle emergency rush orders. Servicing customers with rush orders is still a big part of Liberty’s business model today.  Liberty Marking Systems has seen three locations, all within the same vicinity but much smaller than its current space – functioning with just a few desks, computers and a thermal transfer printer for serialization.

Today, Beam operates Liberty Marking Systems with his son, Brian, who serves as vice president. “For my dad, he recognized an opportunity within the industry and decided that it was something worth pursuing.  Thirty years later, it was a decision that has proven to be worth the risk,” says Brian. “As far as I was concerned, I went out after graduating college and looked for some different jobs and had been told by people who worked in family businesses that it’s at least worth trying. If it doesn’t work, it doesn’t work, but that I would regret at least not giving it a shot. Things have been great, and I really love the industry.”

What started out as a one-man operation has blossomed into a comprehensive team consisting of 20 employees, 12 of whom work on the production side of the business. Brian, who initially worked in sales, has worked his way up to vice president on the management side of the business. Stan Berger, production manager, leads the way when it comes to manufacturing.

“We’ve got four press operators who are capable of running any of our printing presses, and our production manager, Stan – he oversees everyone in the plant,” explains Brian. “Our press operators provide a lot of flexibility in terms of their daily responsibilities, which helps to keep orders and ensure they are shipped out on time. Stan’s been here for over 20 years, and  he has over 30 years’ experience in the label industry.”

According to Brian, Liberty Marking Systems is growing at an annual rate of 8-10%. The company’s success has necessitated physical growth, as well. Not only has Liberty Marking Systems added its second Nilpeter press since 2015, it has doubled its warehouse size. The company, now in its third location, has operated at 7265 Edington Drive in Cincinnati since 2002. The growing list of equipment and materials spurred the Beams to add another 8,000 square feet to their facility – making 16,000 square feet of warehouse space and 25,000 square feet total. “There is certainly much more equipment than we would have been able to have at the old facility,” adds Brian.

Making its Mark
Liberty Marking Systems has formed a successful partnership with Nilpeter, the Danish press manufacturer with a local press-making facility in Cincinnati. In order to increase capacity, Liberty recently invested in its second Nilpeter flexo press, an 8-color FB-3300S. The investment coincides with the company’s recent facility expansion.

Liberty Marking Systems felt comfortable going back to Nilpeter, as the company previously installed its first FB-3300 just 18 months prior. The new FB-3300S is expected to double Liberty’s previous maximum capability of multi-color printing. In addition, the company expects to see a surge in the prime and retail labeling markets. Liberty Marking Systems has made its mark with flexographic printing and longer runs. Until now, the company had specialized in industrial labels and serialization.

The new Nilpeter press is expected to open up additional markets, though. “Before the addition of the new 8-color Nilpeter, we primarily ran industrial labels because of our limitations on the number of colors, which was four at that time,” explains Brian. “Flood coating with a few spot colors was a vast majority of the business that we pursued, and we will continue to excel in those types of applications.

“With the 8-color Nilpeter, we’ll be able to seek out more of the prime label customers, so that’s the goal,” he adds. “Primarily, we offer the most benefits when dealing with the durable materials – polyesters, polypropylenes, as well as specialty adhesives.”

Having Nilpeter USA in such close proximity to its plant has proven to be a real asset to Liberty Marking Systems – the respective plants are a very short distance from each other. “Nilpeter is right down the street; they’re actually right next to where our old building was, which is about five minutes from here, so that’s been helpful from that regard,” says Brian. “Their team has been great. They still come over occasionally when we encounter something specific. They’ll help us out pretty much as soon as we ask them to and stay as long as we need them to. Obviously with the connectivity of the presses now, they can remote in and look at all the servo motors.”

The 8-color FB-3300S includes a digital imaging system, a modern feature that promotes ease of use. “The press is more user-friendly than anything,” says Brian. “There’s probably less explanation that’s needed or tweaks that need to be done. In regards to technology, our employees are more than open to trying new things. The goal is to make their job as efficient as you possibly can.”

In addition to the two Nilpeter presses, Liberty Marking Systems utilizes a 4-color Mark Andy flexo press and a 4-color Roto Press (which was later acquired by Nilpeter). “We’ve got a Mark Andy 830, we’ve got a DCR 1000, two blank diecutters, a Mark Andy rewinder and a Rotoflex rewinder,” says Brian.

Liberty Marking Systems works with all of the major raw material providers in the industry and therefore has access to all of the latest and greatest materials. “We have a solid relationship with all of our vendors, especially those who can provide the quick turnaround that we typically need to meet our customers’ demands.  Although materials can be difficult to differentiate, we look for consistency in a given product or material to ensure that we don’t have problems when we go to press. We tend to work with companies that have similar objectives to our own, and that has led to long-lasting and success partnerships.”

In addition, Liberty Marking Systems offers its own ink mixing station. The company will outsource its plates to local vendors, which Beam says has proven to be an advantage. When it comes to quality control, Berger plays a large role. “Anything printed goes to Stan and gets verified and QC’ed prior to getting shipped out,” adds Brian.

A digital future?
Liberty Marking Systems has seen tremendous growth in recent years, which has fueled equipment purchases and its facility expansion. The company sees no signs of it slowing down, either.
In addition to expanding into prime labeling, Liberty Marking Systems will explore digital printing and the feasibility it has in the company’s markets. “The equipment we’d be most interested in next is a digital press. Specifically, one that would be added to an existing flexo press, allowing us to do one or the other or a combination of both; something like a retrofit,” explains Brian.

This would allow Liberty Marking Systems to incorporate its existing cutting dies into that process. Currently, the converter uses local partners who have HP Indigos and EFI Jetrions to fulfill short run digital printing needs, should the situation arise.

Even though digital has seen a boom in interest, the Beams still believe flexo will command most of their business. “Until the digital technology becomes more cost effective on long running jobs, we believe flexo will continue to be a viable option for most of the jobs that we run,” says Brian. “Although some jobs we produce could be a better fit for a digital press, and more profitable for the company, we continue to produce them on our flexo presses at competitive pricing in order to provide the service that our customers are accustomed to. With the 8-color Nilpeter and the markets we go after, we should be okay with flexo presses for a while.”

Liberty Marking Systems has experienced recent success with flexible dies, and the company believes this will contribute to increased business in the future. “We like to stay up on the trends,” says Brian. “One thing that we’ve really been gravitating toward is flexible dies. It makes the potential switching and changeovers for our prospects much less cost prohibitive. Flexible dies are $150-200 and rotary dies are $750-800, so that’s been a trend that we’ve enjoyed over the past 3-5 years.”

Reliable service, family atmosphere
In keeping with the motto, “a company to be counted on,” Liberty Marking Systems has amassed a dedicated sales and customer service team to help its clients with all their labeling needs.

While this label converter is not the biggest, it generates business with its speed-to-market. “We get a lot of business because of our quick turnaround time,” explains Brian. “If you called me this morning with a brand new custom label, we’re probably talking 3-5 days as long as we get cooperation in getting print-ready artwork and getting approvals back. One of our main customers sells to a big company, and he does a lot of their warehouse labels. He’ll call in a panic and need a couple hundred thousand of this, a couple hundred thousand of that, and we’ve got it on press in 2-3 hours. Our focus is not only on quality but also on turnaround time and superior customer service.”

In order to provide better service and make the company more accessible, Liberty Marking Systems is in the process of revamping its website. The new design will provide more information on company culture and background and also where it excels most in the industry.

The homepage will include all the different segments in which Liberty Marking Systems operates, with a few goals in mind. According to Brian, the website will create greater visibility and allow search engines to generate more organic results. With a greater SEO focus, more traffic will be driven to the site with the goal of generating huge marketing opportunities.

Contributing to Liberty Marking Systems’ reliable customer service has been its organizational stability. The Beams have created a family atmosphere at the plant. Berger has two sons who have worked at the company, and Brian’s brother-in-law works in production. One of the current salesmen learned about the job through his father, who worked at Liberty Marking Systems. “We’ve had some families that have worked here over the years,” says Brian. “Typically when people start working here, they don’t leave. All of our current employees have been here quite a while, which is a good thing, and our cross training program allows for career advancement and stability. I think it shows that the company presents loyalty and they present that back to us. And we like to think it’s a good place to work, and in return, our people are loyal to us. The record of our employees’ tenure here speaks for itself, and we are truly grateful for the team that we have.”
Related Searches
Suggested For You 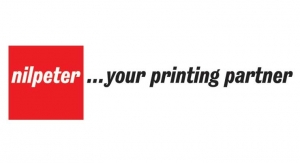 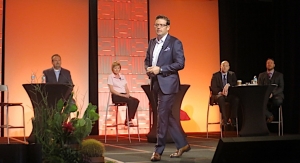 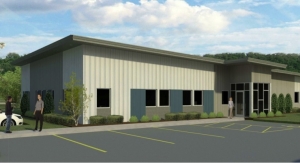 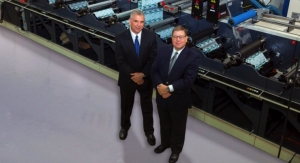 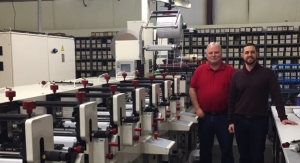 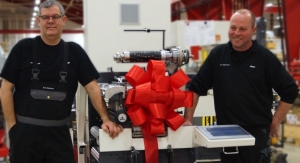 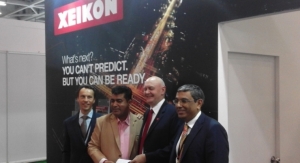