Label industry growth in the region is well above the global average. 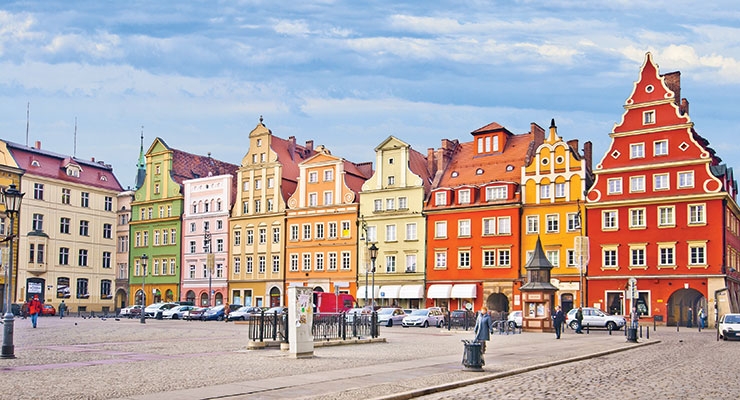 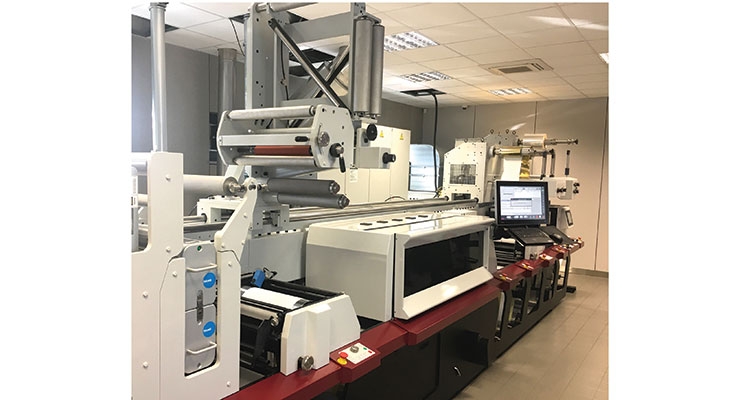 In the book The Hidden Europe, author Francis Talpon writes, “Asking, ‘where is Eastern Europe?’ seems as stupid as asking, ‘who is buried in Grant’s tomb?’ Obviously, Eastern Europe is in the eastern part of Europe. However, where to draw that line is extremely controversial. Indeed, it’s hard to find two people who agree on which countries are in Eastern Europe.”

So, it is far from clear cut exactly which countries make up the region. Depending on which expert you ask – geopolitical, geographic, cultural or socioeconomic – you may get a wide range of definitions. However, when it comes to the region’s label market, the consensus points to a solid growth trajectory, with Russia’s contribution being somewhat of an “X factor.”

John Nelson, commissioning editor for market research firm Smithers Pira, says the label market in Eastern Europe is generally showing strong, but not spectacular, growth. “From a global perspective we have total market value of $34.5 billion in 2017, and Eastern Europe is only around 3% of this,” he says, citing data from the forthcoming Smithers Pira report The Future of Global Label Printing to 2022.

“Our research shows that the region’s value will expand on average at 3.8% year-on-year through to 2022. This is significantly above the global average of 2.3% and well above those for mature regions in Western Europe and North America,” Nelson explains. “Growth would generally be attributable to a wider penetration of packaged and labeled goods into what is as yet an unsaturated market. This is reflected in national prospects, with the more mature Polish labeling market showing below average growth, and with the larger and less developed Russia exceeding it.”

According to The Freedonia Group, through 2020, demand for labels in Eastern Europe is projected to increase 3.5% per year to 3.6 billion square meters, a figure that is below the global average.  “This is primarily due to the anticipated continuation of sluggishness in the large Russian market,” explains Mike Richardson, analyst for The Freedonia Group and author of the research firm’s Global Labels Market report.

Within the region, increasing manufacturing activity, rising personal income levels, an expanding middle class, and growing demand for consumer goods will all support label requirements going forward, Richardson says, adding, “However, prospects among the different countries will vary significantly, as East European packaging markets range from those comparable to lower-income countries in Western Europe such as the Czech Republic, Hungary and Poland, to very limited in less developed countries such as Albania and Moldova. Continued declines in population will also limit gains for labels in the region.”

The food and beverage sectors are the largest end-use segments and will continue to improve on their market share across the next five years. However, Richardson notes the emergence of the durables label market, in particular. He says, “The durable goods sector is also quite important, with production of motor vehicles and military equipment particularly significant. Through 2020, the fastest gains are expected in the smaller pharmaceutical market, boosted by investments by multinational corporations in Eastern Europe that have increased the region’s pharmaceutical output and reduced regional dependence on imported products.”

With regard to printing technologies, in terms of output, flexography is the most common label printing process in Eastern Europe, followed by sheetfed litho, Nelson says. “Digital printing is present in 2017 and is about 10% of the market by volume, and significantly closer to 25% by value, reflecting its use in premium short-run applications. Inkjet will be the fastest growing print process over the next five years, though Smithers Pira also sees a significant new appetite for offset litho work,” he adds.

The most common label type in Eastern Europe is pressure sensitive, owning a 55% market share by value in 2017. “The PS market share is forecast to grow at the expense of other processes, principally wet-glue lines,” Nelson says.

“Pressure sensitive, sleeve, in-mold, and wraparound label demand will see the fastest growth through 2020, boosting demand for plastic label materials,” according to Richardson. “The region will remain significantly dependent on the West for its printing equipment, as well as for labelstock and inks. Furthermore, proximity to technologically advanced West European label producers will continue to support label imports to Eastern Europe.”

What Suppliers Are Saying
Lukasz Chruslinski, sales manager, Central and Eastern Europe, for Mark Andy, believes most of the growth in demand for presses across the region is being driven by an increase in flexible packaging production. “This includes shrink sleeves,” he says, adding that the growth in demand for self-adhesive labels, and multi-layer peel-off labels is also strong, and is reflected in the sales of UV flexo and digital inkjet presses. “It’s no coincidence that the first Mark Andy Digital Series press to be sold in Europe was installed at Arti-Bau in Poland, and the second European Digital One press was also installed at a Polish converter, Primera. We have also dominated the sales of UV flexo lines in the region in recent times, so I’d say the economic climate is generally healthy.  This is partly owing to ongoing funding by the EU, but also from the strengthening of the economies in the region. I predict the situation continuing in the same manner for the foreseeable future, with a growing demand for knowledge in what digital print can offer.”

In general, there is a distinct economic synergy between the East and West regions, and this correlates to the label market as well.  Bernd Schopferer, Martin Automatic’s sales manager in Europe, says, “We believe the Western style work ethics of reliability, accuracy, speed and skills, paired with the advantageous central location, are driving growth, especially in Poland and neighboring countries.

“Flexo still dominates in the narrow web label markets, and while the first flush of demand has been met since the opening up of Central and Eastern Europe, demand is now coming from Western manufacturers that have established their own plants in the region,” Schopferer says. “ These include the automotive and household equipment sectors.”

When it comes to challenges within the region, Schopferer points to communication issues. He explains, “Language skills in the region are still a problem for international business, compared with those in Western Europe and Scandinavia, for example, and I guess these will take a generation to catch up. Equally, the lower production costs (land, labor, power) that the region currently enjoys will all slowly melt away in time, so converters will need to match Western efficiency to compete.

Many global groups (CCL, MCC, Skanem, All4Labels) have production sites in Poland, where there is a well-trained labor force, especially in the packaging industry. “This is a decisive factor for inward investment in the region, which we believe will remain strong,” concludes Schopferer.

Kevin McKell, Vetaphone’s vice president of sales and marketing, emphasizes growth is being driven by customers demanding higher quality on progressively shorter runs. “This is fueling demand for our technology,” he says of his company’s corona treating systems. “While narrow web flexo continues to dominate, we see a growth of interest in digital/flexo hybrid technology because it covers all bases and offers the quality and flexibility required.

“The overall business climate in the region is very buoyant,” McKell adds. “It’s one of the reasons Vetaphone has invested heavily in doubling our size and production capacity in Denmark to cope with the increased demand for surface treatment from the region.”

Additional trends, he says, mirror the rest of the world and include personalization. “Hence the growth in demand for digital print, and the more complex labels that add value. That’s why there is a high demand for corona treatment, because quality is now ‘a given’ and converters are looking to treat all their substrates in-house, even those that are pre-treated.

But, McKell notes, the biggest challenge for the region is in competing with the standards of Western Europe at all levels, from quality to price and delivery. He says, “This demands the best technology and top management skills – but it’s no different than anywhere else in the global marketplace. Customers will continue to want more and better, and delivered sooner, so it’s vital that converters and suppliers work closely together to achieve the best efficiency.”


Arti-Bau installs Europe’s first Mark Andy Digital Series
Arti-Bau began its label printing business as recently as 2012, with “four people and a guard dog called Marley,” according to owner Monika Stefanska, who with her mother, Barbara, is now blazing a trail with the installation of Mark Andy’s first Digital Series hybrid press installed in Europe.

In five short years, the company has grown to employ 25 people, all locally sourced, at its modern 500-square-meter plant near Wroclaw, some 350 kilometers southwest of Poland’s capital city Warsaw.  With the assistance of production manager Jaroslaw Lewandowski, who brought 20 years of print experience to Arti-Bau, the converter is a regional pioneer with digital inkjet technology. Some 95% of all Arti-Bau output is labels, with production split between paper-based substrates and PP, PE and PET, with PVC laminates for tubes.

Arti-Bau primarily serves the food, beverage, cosmetics and automotive end-use sectors in Poland, but now has an eye on the export potential offered by the neighboring German market. “We are looking to grow our business in the sachet sector, for which the Digital Series is very well suited,” explains Stefanska. Time to market is key to most of Arti-Bau’s customers, with a three-day turnaround from order to delivery being normal. “We believe inkjet is ideal for our type of work because it will work with any substrate and requires no pre-treatment,” she adds, citing one customer who orders 4,000 linear meters of the same label with a seven-day turnaround.

When it came to selecting a press, Mark Andy being a single source supplier was of paramount importance to Lewandowski. He says, “We knew we needed a flexo/inkjet hybrid, but we did not have any flexo competence in-house. No manufacturer has more narrow web flexo expertise than Mark Andy, and they have given us huge support throughout – and, we especially liked the fact that they have developed their own inkjet engine, so that we have only one supplier to deal with.”

Since its installation in the Summer 2016, the Digital Series has given productivity a major boost at Arti-Bau, according to Lewandowski, who says that what had previously taken two shifts to produce, is now achieved in less than one. The Mark Andy press, which has a 13" (330mm) web width, includes corona treating technology and web cleaning, two flexo units, web turnbars, a laminator, cold foil capability, and a compact parallel web translator for multi-layer structures. The Digital Series print engine offers CMYK plus White, and depending on the job and substrate, the press can run at 240 fpm (73 m/m) – and frequently does at Arti-Bau. “It is a complete and very versatile one-pass production tool, and opens all types of new possibilities,” Lewandowski says.
Related Searches
Suggested For You 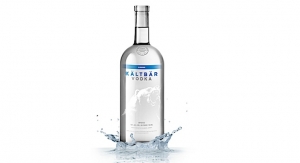 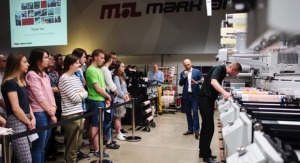 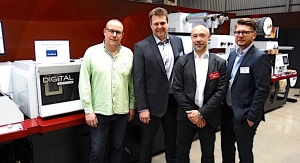 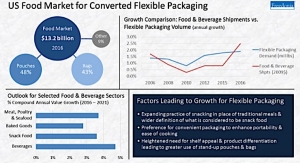 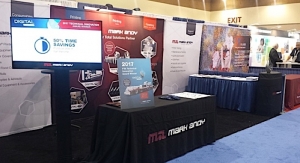 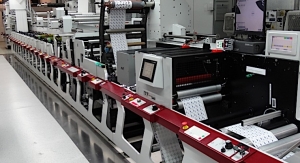 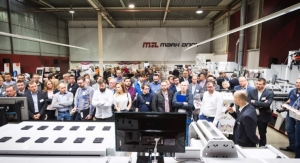 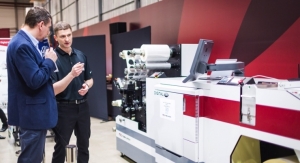 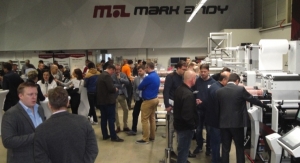 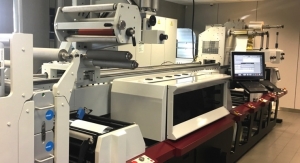 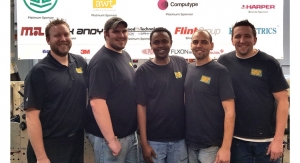