At trade shows and expos, we marvel at the big presses and hear how they can improve our businesses. We use technology to improve our production and boost our bottom line. We look at new materials and processes, and think about ways we can produce exciting, innovative products.

But at the end of the day, it comes down to one thing: It’s the people. Or to paraphrase Bill Clinton’s famous election slogan, “It’s the people, stupid.”

Let me show you what I mean.

“We’ve Got Their Backs”
In the October issue of L&NW, Rhonda Baker and her company LTI (Labels, Tags and Inserts) were featured as a “Company to Watch.” Located in Burlington, NC, USA, LTI is a family business established by Rhonda’s father, LeRoy Baker, back in 1974.

The Bakers have built their business on expertise, passion and courage. In the aftermath of 9/11, when companies were hanging on to their cash, Rhonda was buying equipment and investing in the future.

But as she notes, all that equipment means little unless you have the people to make it happen. According to Rhonda, LTI tells all its new hires that they are one big family, and that, “We’ve got their backs.”

They mean it, too. They pay all of their employees’ medical insurance, 401(k)s, short and long-term disabilities and life insurance. It’s why they’ve only lost two employees during the last 20 years, which is downright amazing.

Never Lay Someone Off
Meet Lori Campbell of The Label Printers. Her company was profiled in the July/August 2006 issue of L&NW, has been in the news a multitude of times, and has won many prestigious industry awards. We’ve also written about The Label Printers on my company blog.

Lori, like Rhonda, is a firm believer in metrics, quality control and investing in equipment. But ultimately, there is a commitment to the people who work at her company.  The company has remained strong, even during lean times, but it has never sacrificed workers for profit.

For example, during the recession of 2008, the company agreed to come together, reduce the work schedule to four days a week, and ride out the storm together. That’s why it’s no coincidence that in 2017, The Label Printers is celebrating its 50th year in business.

While Rhonda Baker shared details of their excellent benefits package, perhaps it’s the comments “We’ve got their backs” and “We’re a family,” that carried more weight among the workforce. According to the article “What Matters More to Your Workforce than Money” (January 2017, Harvard Business Review), it turns out “people” are just as important to the employees as they are to management.

Andrew Chamberlain of Glassdoor Economic Research writes, “One of the most striking results we’ve found is that, across all income levels, the top predictor of workplace satisfaction is not pay: It is the culture and values of the organization, followed closely by the quality of senior leadership and the career opportunities at the company.”

Compensation and benefits were consistently rated the least important factors. Employees care more about the people they work with, and therefore, they want leaders and co-workers they can trust and feel good about.

Who Needs People if You Have Artificial Intelligence?
Okay, okay – you’re getting the point. People are the critical component. But for how long?

You’ve probably heard quite a bit about artificial intelligence and its potential impact on the economy. Harold Stark authored a post on Forbes.com titled, “As Robots Rise, How Artificial Intelligence Will Impact Jobs.” He writes, “Statistics say that 47% of all employment opportunities will be occupied by machines within the next two decades.”

So, will technology replace people? Perhaps not. As economist Daniel Lacalle notes, if technology led to the demise of jobs, there would be no work today for anyone:  “The technological revolution we have seen in the past 30 years has been unparalleled and exponential, and there are more jobs, better salaries.”

But some people are being replaced. That much is for certain. Stark writes that research infers that “humans are the most productive at professions that require them to regularly interact with other humans, while machines supersede them at such things as following patterns and executing routine work.”

Yes, we’ve been witnessing that for years with the automation of assembly lines. But at the end of the day, Stark is optimistic that AI will never replace people, because ultimately, we are a self-serving lot. We will control the narrative (I hope), and any technology that threatens us will be bound for the scrap heap like nuclear weapons.

How to Make Your People Happy
If people are here for good, and they are the lifeblood of your organization, then how do you keep them happy? We mentioned a few things earlier in the post that Lori and Rhonda have done; I’ll paraphrase a few of those and add some suggestions of my own.

1. Reward them with benefits and pride
I know the surveys say money doesn’t mean much to people, but benefits sure do, especially in today’s uncertain healthcare environment. If you really want to differentiate yourself, offer a more robust benefits program. Tough, I know, with healthcare costs fluctuating. But it’s a great way to set your company apart.

This also creates a sense of employee pride in their company. They trust you and know that their company will always do the right thing.

2. Let them eat first
In the military, at mealtime, a good officer waits to eat until those under his command have finished. A simple gesture, but a good example of how you should lead. If employees see you sacrifice for them, no matter how small the gesture, they’ll remember it.

3. Handle the problems and allow them to innovate
One of my favorite stories of a manager defining his role to his employee was this line: “I’m here to take care of your problems so you can work productively.” That’s your role. Solve the problems that are hindering your staff.

Conversely, you want to give your team the freedom to share ideas and innovate. Allow your talent to thrive and invest in their training and growth for the future.

4. Don’t be a marshmallow
There are obviously going to be some bad apples in the bunch. Sometimes you’ll just make a bad hire. If you have a staff member that is causing problems for you and the rest of the team, deal with the issue.

Don’t be a marshmallow, hiding from it and hoping it will go away. If the bad apple is upsetting the applecart, get them out. The rest of the team will love you for it.

5. Be firm but fair
Be firm with what you need, but also fair and empathize with your team. See things from their point of view.

6. No drama, no politics
You’re the boss, but you’re also the parent, in many ways. Don’t put your team in position to fail. That means not tolerating any inter-office squabbles or politics. If there is a problem, deal with it quickly, using the firm but fair guideline.

In addition, put emphasis on team unity. Create events where the company can come together and bond outside the work environment. Go to sporting events together, do a fun run, take dance lessons – anything to build cohesion and friendships.

Beyond the presses...There are the people
Again, this is a business column, and I don’t mean to get all existential on you. But this issue is about more than just business. It’s something beyond the big printing presses. It’s a force that binds the people in your shop together, more than profits and prestige.

I work with a lot of business owners who retire from a business or sell it. Once they do, they are lost. They feel like they have no purpose, no goals, no drive. They had so much emotionally invested in their business, but now it’s gone. They’re crushed because “they’ve sold their baby.”

My lesson, as the holidays approach, is to think about your most valuable asset in a different way in 2018. Think about your people the way  Lori Campbell and Rhonda Baker do. Cherish your people, not just your presses, and I guarantee 2018 will be great for you in so many ways. 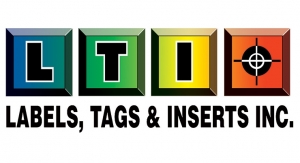 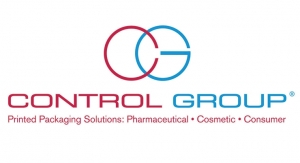 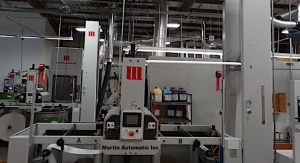 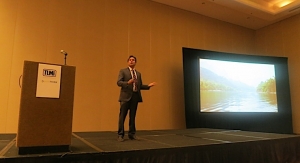 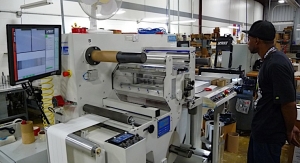 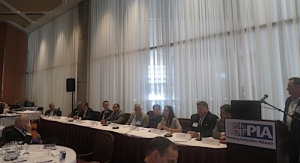