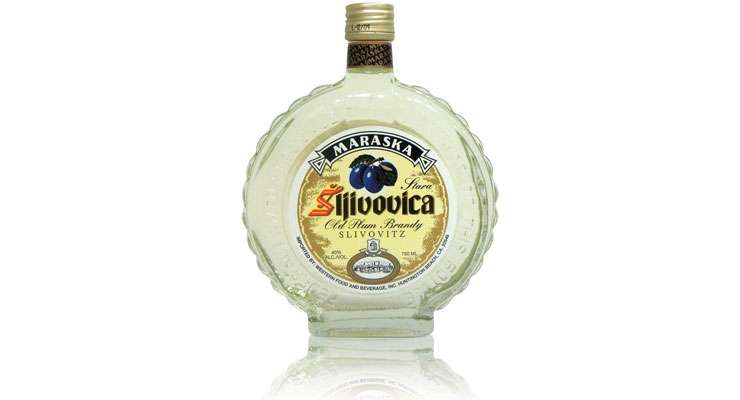 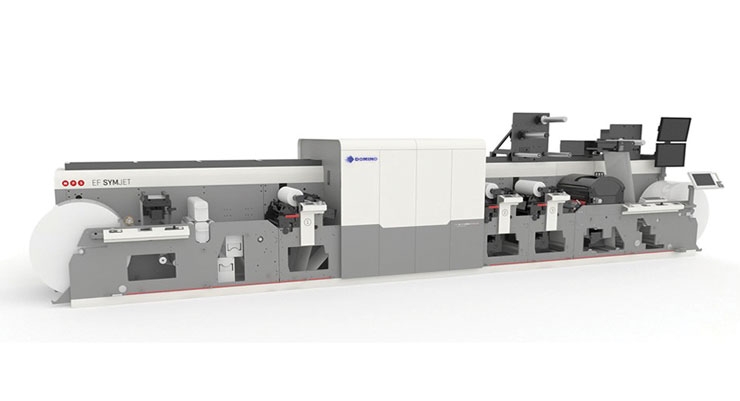 Readers who remember the Converflex and Grafitalia shows in Italy will be surprised not to find them this year. Along with the Inprinting show, they have all been amalgamated into Print4All (they say that imitation is the sincerest form of flattery, so the organizers of the All4Pack show in Paris can allow themselves a satisfied smirk). The Italian show, taking place in Milan from May 29 to June 1, is profiting from the absence of any major European label show this year. For Omet, this show will be a chance to launch a new hybrid press, the XJet, developed in partnership with Durst. According to Omet’s Massimo Bellingardi, the new hybrid is “the true core of the partnership between Omet and Durst: a complete hybrid solution that integrates inline the Durst Tau RSC digital inkjet group with the Omet X6’s flexo printing and converting units, providing limitless flexibility, a wide range of final applications and consistent cost savings.” During the show, Omet will also be offering visits to its plants in Lecco and Molteno (both towns have spectacular alpine scenery, by the way).

Other Italian equipment makers exhibiting at the show will include pressmaker Bobst Firenze, which we used to know as Gidue, and laser specialist SEI. HP, Epson and Xeikon will all be present, as will Gallus and Spanish press manufacturer Mida Maquinaria. With Labelexpo Americas on the horizon, the Milan show will probably not attract many transatlantic visitors, but the organizers hope to make it into the No. 1 printing and converting show for Southern Europe.

Anyone for Café?
According to Danny Mertens of Xeikon, the company’s goal is to operate the Xeikon Café as “an independent industry event and make it as agnostic and educational as possible.” Leaving aside the theological implications, the idea is clearly catching on with several equipment makers. For a kick-off, by holding the event on your own premises, you don’t need to hire a hall or a booth. You just need to bring on board a few non-competing suppliers. This year’s Xeikon event featured an impressive list of co-exhibitors – 40 in all – including Flint Group (of course), AB Graphic, Esko, MGI,  SMAG, Kurz, and Treofan.

On the opening day of the latest Xeikon Café there was a conference on strategy, and an “Educational Academy” with more presentations and practical workshop sessions than you could shake a stick at.

According to Mertens, “When you combine these with the exhibition area, visitors gain a holistic view of the particular applications they are interested in. We have identified what we believe are the top six applications with the most potential to impact people’s businesses. These include wine and spirits, craft beer, security products for packaging, IML, food services and chemicals. For each of these, a ‘trail’ helps visitors better navigate.”

This being Belgium, the keynote speaker dwelt at length on the digital printing of beer cans. Another popular attraction at the Café event was Stora Enso’s ice-cream booth, designed to show off the versatility of Xeikon-printed paper cups.

It is clear that Xeikon, and others, have been copying successful features of major shows like Labelexpo, with conferences, keynote speakers, workshop sessions and trails. Whether this will take the icing off the cake for more conventional shows is open to debate. Xeikon’s headquarters, where the latest show was held, is in the flattest part of Europe and is well off the tourist track. But that didn’t stop over a thousand visitors from attending last year’s event there, with every prospect for even bigger attendance this year.

Serbian Success
These days, Serbia does not often make front-page news. It did just recently when journalists reported that, due to a commercial dispute between the Serbian and Kosovar electricity utilities, all of Europe’s mains-connected clocks were running six minutes slow. Your correspondent’s first reaction to this was to assume that the journalists in question had been knocking back the Slivovic. The second reaction was to look at the clock on the oven – six minutes slow. This proves that sometimes, what sounds like fake news can be true – and vice versa.

Another recent event in Serbia was the decision by a Serbian-based label and package producer, Al Pack, to invest in EB curing technology. The CEO of this family-run group, Nemanja Mikac, is a chemical engineer by training. He investigated the potential of electron beam technology and decided to take the plunge. The model chosen was Uteco’s EcoOne EB flexo press with special EB inks and EB curing. There were teething troubles with the new press, and the inks had to be adapted, but the new equipment is now up and running. The company serves mostly the European food packaging markets, and EB flexo printing, according to Mikac, is migration-free, since the inks contain no photoinitiators, and the curing process gives off no VOCs and no unpleasant smells.

Why, you may ask, is EB curing not sweeping aside all other technologies? Firstly, because it is a novelty in the narrow web business, and not everyone wants to be a pioneer. And secondly, because of the up-front investment. That did not faze Nemanja Mikac, who points out that in addition to being zero-migration, the EcoOne EB flexo press uses just half the energy of an equivalent line using “classic” UV curing – which could help to avoid the risk that Europe’s clocks will again start running slow.

Anglo-Dutch Cooperation for a Hybrid Press
Netherlands-based press manufacturer MPS is a relative newcomer compared with such old-timers as Gallus and Nilpeter. It has, however, been lining up a string of successes in Asian markets (although not yet in China), appointing local agents in Pakistan and Taiwan and opening a sales office in Kuala Lumpur. In many ways the MPS strategy is typical of many equipment manufacturers: look for partners who have achieved excellence in a given area and join forces with them. For MPS, the diecutting partner is Kocher + Beck, and the digital partner is Domino, also a recent entrant into narrow web equipment. The hybrid label press EF Symjet is a standard MPS EF platform with an integrated Domino digital N610i inkjet printer, and the Dutch company has sold 10 of them since launching the hybrid at Labelexpo 2015.

What is different about this hybrid? MPS’ Arnaud Fleuren explains, “The EF Symjet is a fully integrated printing and converting line; it’s not just lining up two different technologies and hoping for the best. The digital front end is an off-line unit, which handles all the job preparations and separations. This means the press operator does not do any repro-technical changes. The other aspect of integration is that MPS technology takes care of the web transportation right through the printing and converting processes. This means the EF Symjet can also run unsupported films, and we are experimenting with running shrink sleeve labels using digital inks developed by Domino. Shrink sleeves are nearly always reverse printed, which means that your last color is nearly always the white, and the white is applied in flexo, because a flexo white has high opacity. We are test-running shrink sleeves with an initial cold foil, up to six colors flexo, and inline varnishes, diecutting and finishing.”

There is Nothing Like a Dane
Every so often in this column we look at European countries’ GDP or industrial growth. But when people are happy, they are more fun to be with and probably spend more. And that means more labels. That is why this month’s table of statistics looks at the latest Happiness Report, a country-by-country assessment based on “having someone to count on, generosity, freedom of choice and absence of corruption,” as well as health and GDP. The table shows the top 10 countries, with Scandinavians again winning Gold, Silver and Bronze. The USA ranks 18th, just ahead of Great Britain. The lowest-scoring European country, at 138th, is Ukraine. Not surprising. But before you start making plans to move to Helsinki or Copenhagen, remember that happiness, like some statistics, is subjective.
Related Searches
Suggested For You 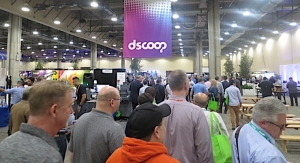 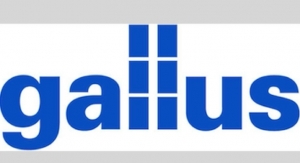 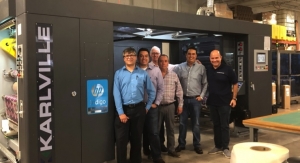 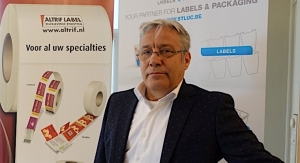 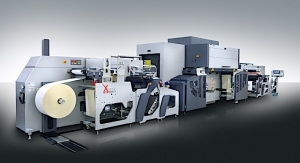 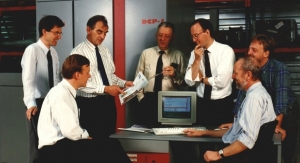 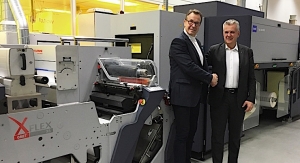 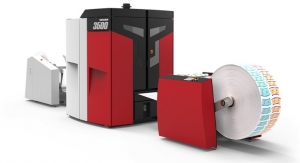 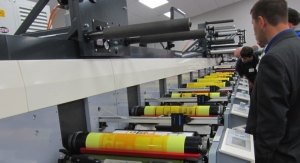 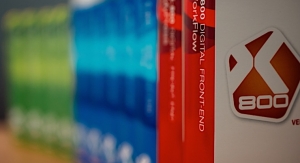 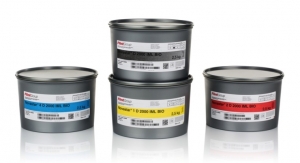 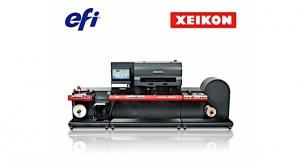 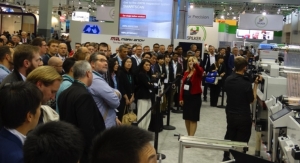