Letting go when the timeline is short

Family businesses have complex personal dynamics that affect how big decisions are made, especially when the timeline is short and the stakes are high. 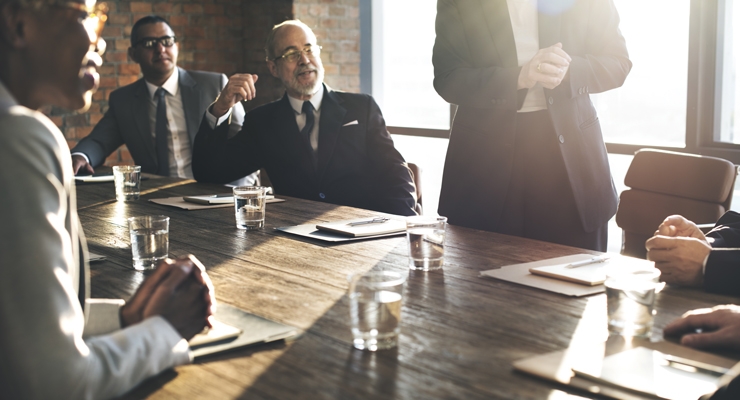 My client, Doc, was one of those owners who had multiple advanced degrees, had passed the bar exam just to show he could, and was a financial genius. Although he was not actually a doctor, he had the answer to every question and in every way seemed invincible.

When he invited me for lunch, he said, “Any place you want, my treat.”

I said, “If you are trying to pick my brain, it costs more than a fancy lunch.”

He said, “Name your price.”

Of course, I couldn’t resist. When I arrived at the restaurant 15 minutes early, Doc was already there – because that’s the kind of guy Doc was. He had his checkbook open. He wrote a check with lots of zeroes. Would this be enough for our meeting?

He tore the check out of the checkbook and slapped it down in front of me.

“My kids are not ready to take over my business. I don’t know if they ever will be. They are wonderful kids, and I love them very much. But they do not have the guts or the stamina this business requires,” Doc said. “I need you to help me figure out how I am going to handle this next stage without disappointing my wife. She knows how I feel about the kids not being ready, yet she’s always wanted them to take over someday.”

I thought about how hard it was to grow up with a high-achieving, driven (and often absent) individual like Doc, and how I might be doing the kids a favor in the long run, giving them the chance to make their own life that wasn’t an extension of their dad.

I said, “Sure, Doc” and asked about the timeline.

“The timeline is today,” he replied.

“We just found out my wife has a terminal illness,” he explained. “I want us – me – to spend time with her while we can. I know the kids are expecting to run the show while I’m with her. That just can’t happen. They will plow it into the ground in under a year.”

I nodded because it was true. They would.

“Time is short. I want to leave this meeting today with a plan.” He pushed the check closer to me. “Rock, I know I can trust you to give me the best advice.”

I was flattered, honored and surprised. Here was a guy who often helped others with their problems, and he was coming to me. We had our lunch and talked, and then we talked some more until the restaurant started prepping for the dinner rush. The waiter asked if we would like to move into one of the side rooms. We did. I called home to say I wasn’t sure what time I’d be done. My wife laughed. She knew my conversations with Doc could go on for hours.

"Family businesses like Doc’s have complex personal dynamics that affect how big decisions are made, especially when the timeline is short and the stakes are high."

By 9 p.m. we had a good short-term plan with lots of moving parts. We also had developed a long-range plan for growth and transition.

Plus, we had taken his family’s feelings into consideration. We had even written down the wording so he could diplomatically communicate how the business would be handled in the upcoming year.

“You’re more compassionate than I suspected,” said Doc. “I appreciate the time you spent with me today. I’d like you to help my manager keep the business on track. I’ll pay you a retainer to meet with him twice a month, go over the books and inventory, and do a regular walk-through to make sure everything checks out.”

Of course, I agreed. Unfortunately, there’s not a happy ending to this story. Doc’s wife died a month later. He spent every moment with her knowing his business was being taken care of, and for that he was relieved. He was glad he had gotten the plan assembled without delay.

But Doc being Doc did not want to mourn his wife by pulling away from his business. Within a few weeks he was back in his office. The only thing that had changed was that his kids now understood they were not going to take control when Doc was finally ready to leave. That piece of news caused some hard feelings, especially among the spouses who felt their loved ones were being shortchanged.

That is one of the challenges and realities of a family business. And while I am a big believer in family businesses, and a product of one myself, the truth is that not everybody is cut out to run one. Certainly, in the case of many family businesses, the children are the least qualified because they have had a parent who kept tight control and did not allow them to learn and grow.

In spite of his gruff words, I know in his heart of hearts Doc hoped his kids could mature enough to run the company. He had to let go of that idea once we needed to make our swift and serious plans. In this situation, Doc’s manager truly was the best choice to be successor, and that’s what I recommended. As I predicted, over time, the manager rose to the occasion and became an excellent general manager and second-in-command. In typical Doc fashion, though, his manager would never become a partner or member of his board. You can see, again, why the children in this situation would have continued to be frustrated and stymied.

Did I make the right recommendation? I believe I did. No matter how hard we try, we can never know what tomorrow will bring. In Doc’s case, having a plan and being able to free his mind – to let go of his worry about the day-to-day operations – allowed him to give his full attention to his wife at the end of her life.

Later his kids admitted it gave them comfort to have their dad be with their mom in her last days and not plugging away at the office until all hours, as was his habit.

Doc, like so many owners, ran his business right up until his death. For him, letting go meant having a viable plan. He did not want to sell his business or transfer it while he was alive. But with a solid plan in place, it meant he could be at peace knowing his second-in-command was trained and ready to roll. For the first few years after Doc was gone, his successor ran the business as Doc would have. In fact, when he was ready to hire a sales manager, Doc’s successor had me draft the job description and attend the interviews. I was honored to help him implement the long-range plan I had a role in crafting.

Recently I saw in the paper that the successor had moved the business out of the high-rent district and purchased a business complex, something I suggested. I know I will be making a visit to see what’s new and to bestow my heartfelt wishes for success. I think Doc would be impressed with how his vision has come to fruition under his appointed successor.

Family businesses like Doc’s have complex personal dynamics that affect how big decisions are made, especially when the timeline is short and the stakes are high. I’m proud of Doc for defining what letting go meant to him and then taking action. He made hard choices and protected his business so it would survive.

Letting go is never easy, but making a solid plan – while you have your wits, money, health and options – is worth the effort. It’s definitely worth the peace of mind.


For 35 years, Rock LaManna has coached and advised owners of printing companies on how to make business changes from a place of empowerment and knowledge. It’s never easy to change course or face unpleasant truths, but the team at the LaManna Alliance has the hands-on experience to keep you moving forward. Visit RockLaManna.com to start the process.
Related Searches