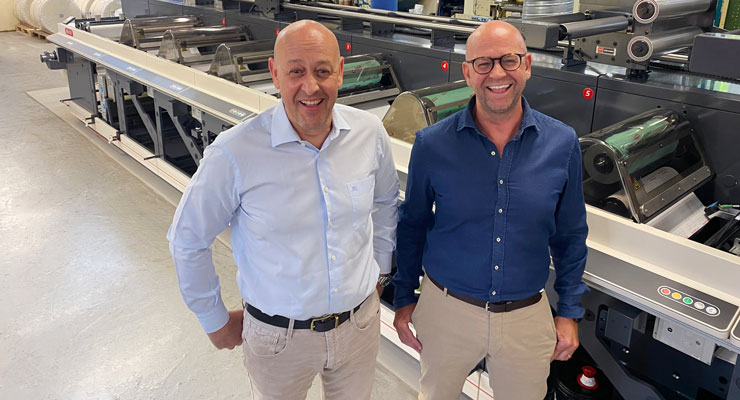 An American president (not the present one) is reputed to have longed to find one-handed economists, because every time he sought expert advice they said “on the one hand…but on the other hand…” Times have not changed much, as today no two economists can agree on how much inflation we can stand, as governments worldwide pour out cash as if there were no tomorrow.

It seems certain, however, that things in Europe are happening a bit later and a bit more gently than in the US. This was the case during the great downturn of 2009 and again now as we emerge from the Covid-19 crisis. Europe’s employment, investment and GDP figures are slowly moving up. Britain, which performed dismally in the first quarter, is set to grow its GDP by 6% over 2021, putting it ahead of the Euro area (estimated 4%).

In lower-wage Britain, unemployment at 5% is predictably lower than in continental Europe with its higher minimum wage and more generous benefits. The paradox – in all European countries – is that more and more job vacancies can’t be filled.

No one, least of all the ambidextrous economists, can agree why. Some blame the unemployment benefits, others see a shrinking of the labor force as parents and over 55s, having tasted home life during the pandemic, are in no hurry to put their nose to the grindstone.

The label and package printing industries are no exception, particularly for blue-collar workers. The shop floor is an enclosed space ideal for transmitting the disease. Thanks to vaccinations most of Europe is approaching herd immunity, but we ain’t there yet, and the fear may remain high even when the risk is low.

Three priorities: training, training and training
In all areas of label production, productivity has continued to increase throughout the crisis. Low-skilled jobs have been eliminated, and it is the medium and high-skilled posts that can’t easily be filled. This is why FINAT and other European label associations are promoting training in label technology, which, despite all efforts, still has a poor reputation among high school and university students.

At FINAT’s virtual European Label Forum in June of this year, one day was given over to “Recruiting and retaining talent.” Marcus Wörner of Einhorn consultancy showed the 750 delegates how to attract young talent into the label industry by offering somewhere inspirational to work. In France, the Bordeaux high school Les Iris is showing the way with two Gallus presses, acquired under a deal with Berjon, a local label converter.

Berjon will also help to initiate the school’s teaching staff in the intricacies of the presses, which will join a Konica Minolta press already being used at the school.

Les Iris specializes in all aspects of the graphic arts but is the only school of its kind in France (and possibly in Europe) to concentrate on training for the label sector. The school, and the local label converters, can only hope that the fall in wine consumption last year is only temporary and that rising overseas exports (thank you, Mr. Biden) will help keep the French wine industry afloat.

Tomorrow’s prices
Never mind tomorrow, today some prices are already going through the roof. Germany’s plastic packaging federation, the Industrievereinigung Kunststoffverpackungen, in early June reported a 70% rise in average raw material prices since the start of this year, together with steep increases in shipping costs. Similar cost increases have also hit recycled PP and PE, and almost all label and packaging converters are signaling lengthening delivery times. IK’s managing director, Martin Engelmann, lamented that, “This unprecedented price hike for plastics no longer bears any relation to price movements for petrochemical feedstocks.”

It follows that anyone who can develop a plastic without using petrochemicals could be on to a good thing. Enter Professor Tuomas Knowles of Cambridge University (the one in England). His subject is chemistry, and his specialty is what happens when proteins misbehave, causing human health problems.

By a serendipitous accident, like the discovery of penicillin, Knowles and his team have mimicked spider silk to develop a soy protein isolate that they say can be transformed into a sheet material with all the pluses and none of the minuses of conventional plastics.

The research is now being progressed by a spin-off (no pun intended) called Xampla. The new technology is still some way from being used industrially, but it has the potential to revolutionize packaging materials.

More good news for label machinery sales
While plastics prices are breaking records, less dramatic but significant raw material price rises are affecting label papers and inks. However, these troubles are not affecting the graphic machinery sector, which seems to be laughing all the way to the bank. Acigma is the Italian trade federation for printing machinery, and its director Andrea Briganti is ecstatic.

“With 2020 showing a serious slowdown, 2021 opens with a thoroughly interesting order trend fueling double-digit growth,” says Briganti. “Things do not stop there: the international market is also resuming vigorously, and for our sector – which exports more than 50% of production and therefore was particularly hard hit by the halt last year – this is an extremely positive signal. Growth is +90% since the beginning of this year.”

Other European press makers may be less exuberant, but everywhere machinery sales are on the up as wise-virgin label converters start to dip into their war chest.

Recent successful press sales in Europe include two Gallus Labelmaster presses installed in March 2021 at Germany’s HP Etikett. Nilpeter is also feeling bullish, even if many of its recent sales are in its “home” market of Scandinavia. Jigraf (Sweden), Colorlabel and Flexoprint (both Denmark) have all recently installed Nilpeter equipment.

For MPS, the latest press sales were to South Africa’s Zippy Labels and to a Russian converter with the catchy name of Alyaska-Poligrafoformlenie.

In June, Bobst’s CEO Jean-Pascal Bobst gleefully reported “an exceptional rush of orders” since January. Half-year sales will be CHF 650 million ($710 million), he said, and this will enable the Swiss-based group to break even Jan/June, and to go on to a profitable full year.

Track-and-trace - A Russian perspective
We must all thank John Corrall of UK-based Industrial Inkjet Systems (IIJ) for again drawing the industry’s attention to Tchestny Znak (=Honest Mark), a regulation being progressively implemented by order of the Kremlin. This requires unique labels or markings (similar to those used for pharmaceuticals or alcohol) to be applied to a wide range of products, including white goods, dairy products and even lipstick.

Brand owners will need to install laser or inkjet marking systems and to use codes supplied by the authorities. The reason given for this move, due to be implemented over the coming two years, is to avoid counterfeiting and other forms of skullduggery.

Critics fear that this is another step toward Big Brother style state control. It may also be difficult to implement safely on small or curved surfaces.

But for makers of track-and-trace technology, this could be the opportunity of the decade. Domino, for one, is busy on the Russian front and says its latest Gx series is now capable of optimizing inkjet printing for Tchestny Znak compliance.

An informative guide entitled “Achieving Track and Trace compliance in Russia” can be obtained from Wipotec OCS or directly from ec.europa.eu/trade/policy/countries-and-regions/
countries/russia.

More label and packaging paper production in Europe
It is no secret that label papers are one of the few products on which paper mills can make a profit. No surprise therefore that South Africa-based Sappi is to start making label papers at its plant in Gratkorn, Austria. The mill will make papers for both non-adhesive and PS labels, and will complement Sappi’s label paper production in Germany, Italy and the USA.

“This will enhance our market share,” says Michael Betke, Sappi’s sales director for specialty papers. “More specialty lines are in the pipeline.”

The troubled French paper mill at Chapelle Darblay, relinquished by UPM, will now not be taken over by Belgium’s VPK. Instead, VPK plans to acquire the Alizay plant owned by Thailand’s Double A, and to convert it into making recycled packaging papers in partnership with de-inking specialist Inova Pulp and Paper (IPP).

Anyone for quanta?
If you thought laser technology was at the peak of perfection, think again. Physicists at Scotland’s Strathclyde University are preparing us for what in every sense will be a quantum leap. Using a simple atomic-interference accelerometer, the team passes light through a super-cooled rubidium atom to produce a super-pure laser beam many times more efficient than anything known today.

The technology is based on quantum mechanics, which even some L&NW readers grapple to understand. Also, it only works if you freeze your rubidium down to just a smidgen above absolute zero.

So, if you just invested in a laser diecutter there’s a fair chance you won’t have to bone up on your quanta for many years to come. On the other hand...
Suggested For You