NPES bullish on capital investment in 2018

Printers and technology suppliers could be the big winners in tax reform.

NPES sees an opportunity for the printing industry. “Printers and their suppliers are big winners in the once-in-a-generation tax reform legislation, the Tax Cuts & Jobs Act (TC&JA), passed by Congress today,” says NPES president Thayer Long. “On an even larger scale, the US economy will be the ultimate beneficiary of this powerful pro-growth and internationally competitive revamp of the US Tax Code. The importance of this impactful change in tax policy can’t be overstated. It recognizes the critical role manufacturing plays in strengthening the US economy, fostering more better-paying jobs for the American people, and preserving the security of our nation. We commend Congress and President Trump for their leadership in achieving this historic accomplishment."

The new tax law overhauls America’s Tax Code for the first time since 1986, reforming both individual and business taxes by lowering tax rates on wages and investment, broadening the tax base, and moving the United States from a worldwide to a territorial tax system.

More specifically, the TC&JA includes the immediate full write-off (Expensing) of capital investment for the next five years. “This is truly gratifying evidence that our message of the economic importance of state-of-the-art technology and the growth of the nation’s capital stock got through to legislators and the President,” says NPES vice president of government affairs Mark Nuzzaco.

NPES was supportive of other pro-growth business tax provisions that ended up in the final legislation as well (see below), but focused its primary advocacy on securing immediate, full expensing of capital investment. Achieving this objective for at least the next five years is a major legislative victory for NPES’ members, as well as their colleagues and customers, in the printing industry.

Below is an overview of key business tax provisions in the new law:

According to NPES’s Nuzzaco, “Tax reform in general, and expensing in particular, didn’t just come about this year, rather it is the product of years of educating policy makers and legislators about the importance of investment in technology and the economic growth it spawns.” In that vein, he especially lauded the work of the Tax Foundation, a Washington think tank, for being a major source of the data and analysis that provided the economic and tax policy foundation for tax reform, which was heavily relied upon by the manufacturing sector, Congress and the Administration.

"But, notwithstanding the power and importance of the TC&JA, it leaves work still to be done,” says Nuzzaco. “Five years of immediate, full expensing is great and will deliver a huge boost to the US manufacturing sector in the short-term, but for the economic benefits of more and better paying jobs to be long-lasting expensing must be made permanent,” he emphasizes. “Permanent, steady and predictable capital investment is where the full power of expensing lies."

To that end, NPES is launching the “Make Expensing Permanent Coalition” even before the ink is dry on the TC&JA. “This is not to find fault with the expensing provision in the new tax law, it is simply to recognize that its benefits cannot be allowed to lapse,” announces NPES government affairs chairman Greg Salzman, president, Aleyant Systems, Wheaton, IL.

The Association plans to conduct a webinar for its members on the new tax law early in the new year. Details will be announced after January 1, 2018.
Related Searches
Suggested For You 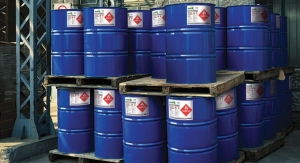 Education a focus at PRINT 17 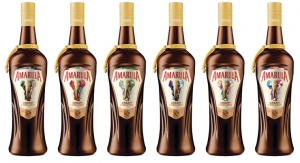 Rule the data, rock the world